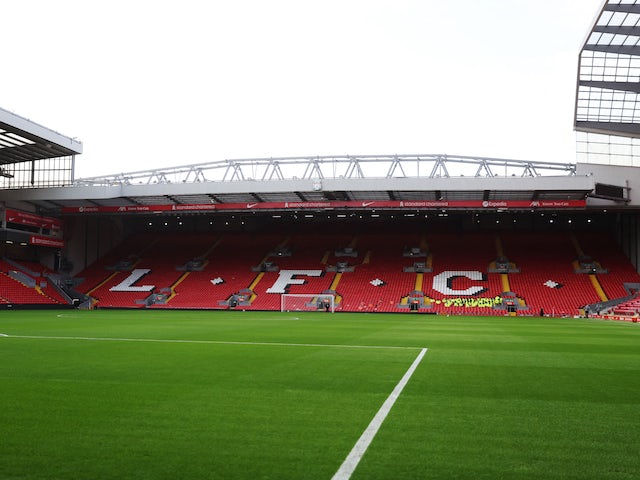 Liverpool have reportedly entered advanced talks with Aberdeen over the signing of teenage defender Calvin Ramsay.

The 18-year-old caught the eye during his breakthrough season in Scotland last term, registering one goal and nine assists from 33 appearances in all competitions.

Ramsay featured from the first whistle on 19 occasions in the 2021-22 Scottish Premiership campaign, as well as gaining European experience in the Europa Conference League qualifiers.

Liverpool are understood to have been alerted to Ramsay’s rapid rise in his native Scotland, which has seen him rewarded with three appearances for his national Under-21 side.

The likes of Leicester City, Manchester United, Leeds United and Tottenham Hotspur have also been credited with an interest in the right-back, who can also play further up the field in a wing-back role.

Now, Football Insider claims that Liverpool are growing increasingly confident about their chances of winning the race for Ramsay’s signature after entering advanced talks with Aberdeen.

The report adds that the FA Cup and EFL Cup winners are now poised to begin speaking with Ramsay directly after a breakthrough in negotiations over a summer transfer, but Leeds are still in the picture.

Furthermore, Ramsay penned an extension with his boyhood club until 2024 last year, so Aberdeen can hold out for a respectable figure for the in-demand 18-year-old.

A fee of £3m with add-ons will supposedly be required to prise Ramsay away from Pittodrie in the coming weeks, with Aberdeen ready to cash in and raise funds for their own summer business.

Ramsay’s exploits in 2021-22 saw him crowned the Scottish Football Writers’ Association’s Young Player of the Year, although he lost out in the PFA vote to Celtic’s Liel Abada.

The youngster has now made a total of 39 appearances in an Aberdeen shirt at senior level, and Jurgen Klopp is understood to have already given Liverpool the green light to strike a deal.

Klopp will likely be in the market for a backup to Trent Alexander-Arnold, with Neco Williams signing for Fulham on a permanent deal and Joe Gomez being linked with a departure.

Ramsay recently admitted that he was trying to block out speculation surrounding his next career move, telling The Press and Journal: “There has been quite a few clubs linked with me, in January as well.

“But, for me, I’m still an Aberdeen player. It’s good being linked with those clubs but I’ve just tried to block it out really. You can’t get caught up in all of that. That’s the worst thing, especially as a young player.

“I’ve just broken into the first team this season, so I’m trying to block it out and keep playing my game. The rest will take care of itself.”

Liverpool have already completed the signing of Fulham starlet Fabio Carvalho, and official confirmation of Ben Doak‘s arrival from Celtic is expected soon.