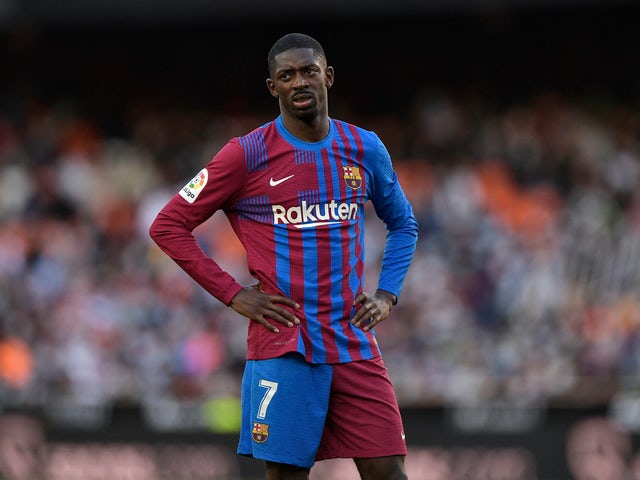 Liverpool are reportedly interested in signing Ousmane Dembele in the upcoming transfer window.

With Dembele’s Barcelona contract set to expire at the end of June, rumours have been circulating about potential destinations for the Frenchman.

Paris Saint-Germain looked set to sign Dembele, but their interest has reportedly ended, with incoming sporting director Luis Campos said to be against signing the 25-year-old.

With PSG seemingly out of the running, Liverpool have entered the race for the attacker, challenging the likes of Chelsea for Dembele’s signature.

According to Sport, the Reds see Dembele as a potential replacement for Sadio Mane, who is close to joining Bayern Munich.

Liverpool have made contact with Dembele’s representatives, but the report indicates that Chelsea are also showing an interest, while talks are still ongoing between the player and Barcelona.

The French international has scored twice and assisted 13 goals in his 32 competitive appearances for the Catalan giants this season.