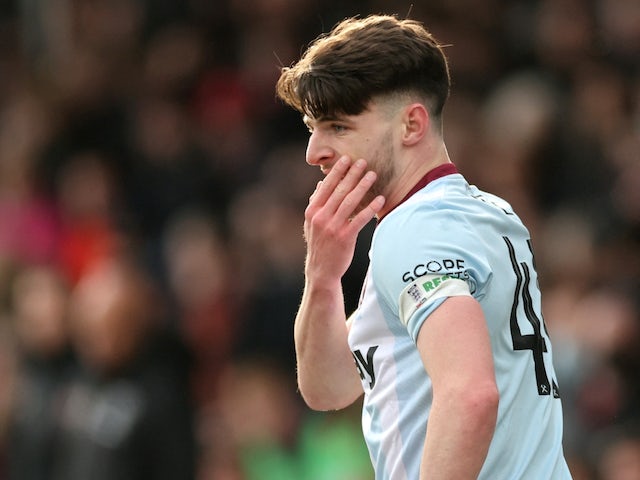 Liverpool reportedly have no interest in making an approach for West Ham United midfielder Declan Rice.

Having established himself as one of the best midfielders in Europe through his appearances for club and country, Rice is naturally attracting glances from a number of Premier League sides.

If reports are to be believed, the England has admirers in Chelsea, Manchester United and Manchester City ahead of the summer transfer window.

However, according to Football Insider, Liverpool will not be getting involved in a bidding war for the 23-year-old.

The report claims that the Merseyside giants cannot afford the figures which have been suggested, with the Hammers allegedly valuing Rice in the region of £150m.

Rice effectively has just over three years remaining on his contract, leaving West Ham in no rush to cash in on their most prized asset.