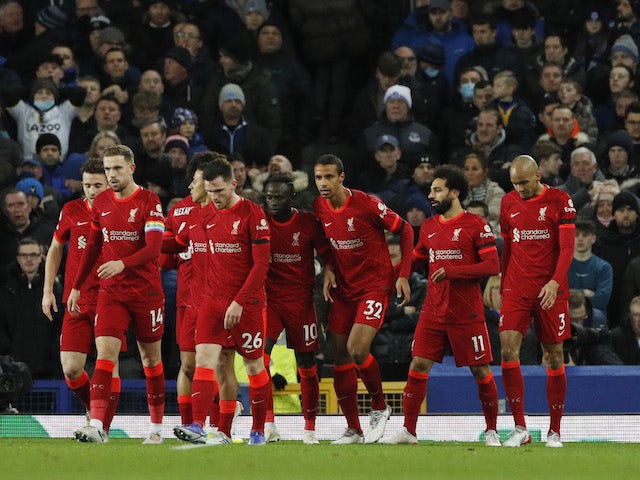 Liverpool have recorded their biggest Merseyside derby win at Goodison Park for 39 years courtesy of their 4-1 triumph over Everton on Wednesday.

The Reds have dominated the fixture since the turn of the century and have not lost an away derby since 2010, but eight of their last nine trips across Stanley Park had ended in draws.

A blistering start to Wednesday’s match made another stalemate quickly seem unlikely, though, with Liverpool creating numerous chances even before captain Jordan Henderson gave them the lead in the ninth minute.

Mohamed Salah then continued his prolific campaign in front of goal with a second after less than 20 minutes, only for a Demarai Gray strike to get Everton back into the game seven minutes before half time.

Salah capitalised on an error by Seamus Coleman to restore Liverpool’s two-goal advantage shortly after the hour mark, though, and Diogo Jota then capped off the scoring.

The scoreline is Liverpool’s biggest win at Goodison since November 1982, when Ian Rush famously scored four times in a 5-0 victory for Bob Paisley‘s side.

It is also the third league game in a row in which Liverpool have scored four goals, and the 18th successive match across all competitions in which they have scored multiple times – a new record for an English top-flight club.