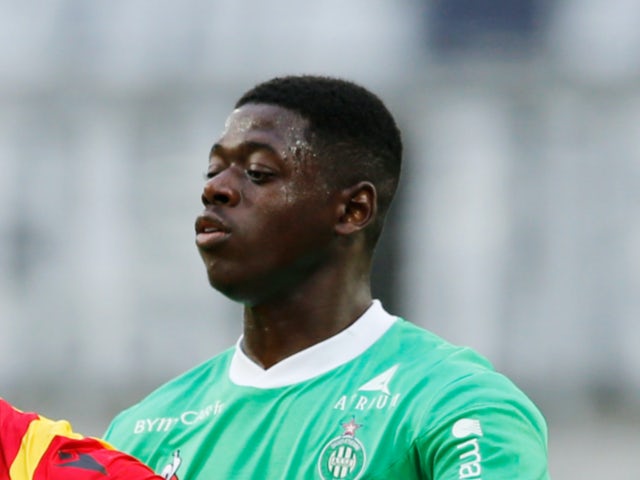 The 19-year-old arrived at the Les Verts academy six years ago and has risen through the ranks to become a regular fixture of the first team under Pascal Dupraz.

Sow has already made 30 appearances for Saint-Etienne in all competitions, scoring two goals and providing one assist in the process, all of which came in the recently-ended Ligue 1 season.

The teenager could not prevent Saint-Etienne from being relegated, though, as he did not play a single minute of his side’s two-legged playoff defeat to Auxerre.

Sow’s emergence in the Verts side could therefore catch the attention of potential suitors, although the youthful centre-back remains under contract at the Stade Geoffroy-Guichard until 2025.

According to L’Equipe, via InsideFutbol, Liverpool recently sent representatives to keep track of Sow during the international break after a recommendation by Naby Keita.

Sow and Keita have spent time together in the Guinea setup since the latter earned his first national team call-up in 2020, and the Saint-Etienne man played the full 90 of last week’s 1-0 loss to Egypt.

Sow has now earned 11 caps for the Guinea senior side, and Keita is said to rate his compatriot highly after the youngster impressed against Mohamed Salah.

Liverpool bolstered their defensive ranks last summer with the acquisition of Ibrahima Konate from RB Leipzig, but Joe Gomez could head for the exit door this summer.

The Englishman only played a bit-part role in the 2021-22 season and has been linked with moves to the likes of Aston Villa and Newcastle United in the current window.

With Neco Williams also leaving for Fulham on a permanent deal, Liverpool are expected to wrap up the signing of Aberdeen teenager Calvin Ramsay imminently.

The Reds are believed to have agreed terms over a £4m transfer for the 18-year-old, who was named the Scottish Football Writers’ Association’s Young Player of the Year last term.

Further up the field, Liverpool are making significant progress in their efforts to sign Benfica striker Darwin Nunez for a club-record fee that could reach as much as €100m (£85.4m).

Nunez is supposedly set to miss Uruguay’s game with Panama later tonight and is poised to sign a five-year contract at Anfield, where he will replace Divock Origi and potentially Bayern Munich-linked Sadio Mane.