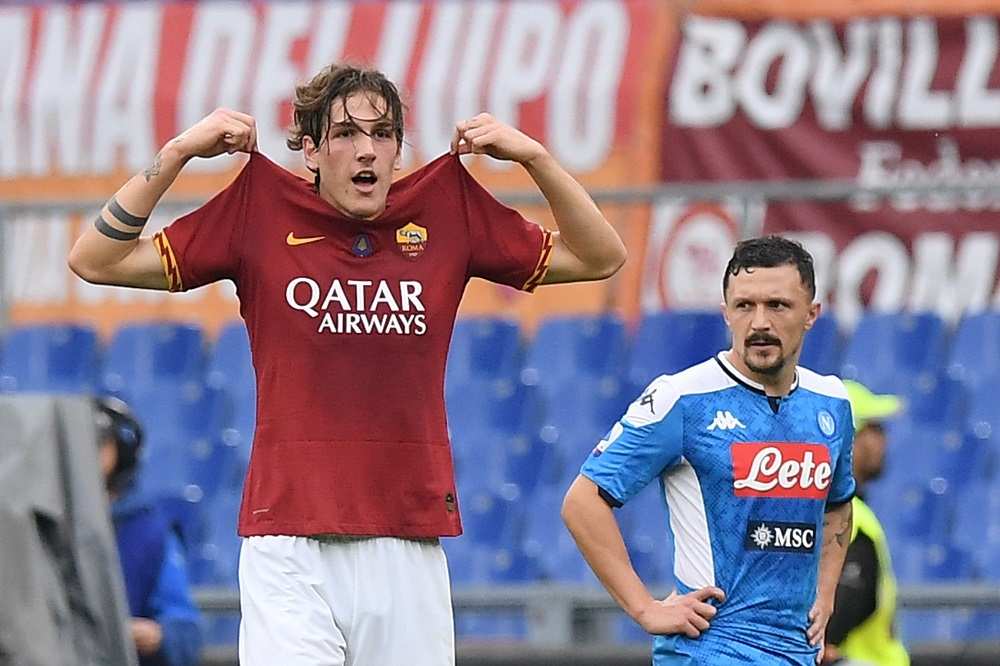 Liverpool are “thinking” about making a bid for Roma winger Nicolo Zaniolo this summer, according to Calciomercato.com.

The Italian website claims that the 22-year-old has stalled on signing a new contract with the Giallorossi, and he is attracting interest from the Reds, as well as Juventus and Atletico Madrid.

Zaniolo generally plays off the right flank, cutting in onto his stronger left foot, which would suggest that he would compete with Mo Salah if he were to make the switch to Anfield.

The Italian, who has eight senior caps, has been linked with a whole host of English clubs in the past, including Manchester United, Tottenham, Arsenal and Chelsea, but it seems Liverpool are the most likely to step up their interest currently.

Zaniolo’s current deal at Roma expires in 2024 so the Serie A club won’t be in a rush to sell the forward. However, it appears there could be a scramble for his signature at the end of the season.