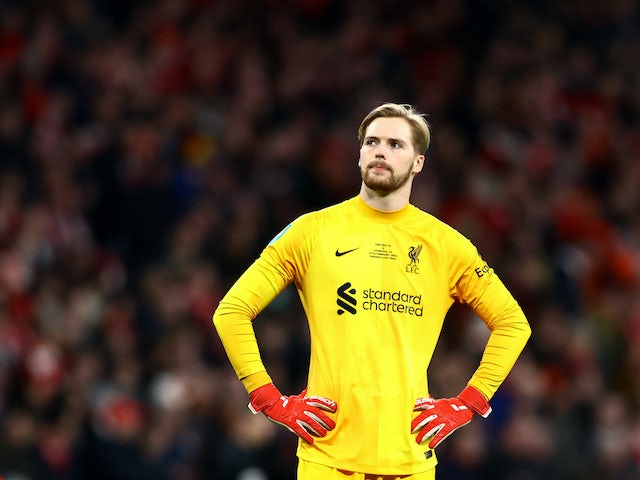 Liverpool are set to reject any interest in goalkeeper Caoimhin Kelleher, according to a report.

Alisson Becker is traditionally the number one for Jurgen Klopp‘s side, but the 23-year-old has worked his way to be the main backup option for the team.

This season the Irishman has made two appearances in the Premier League, while he has also been used in the EFL Cup, where he managed to score the winning penalty to help the club capture the trophy against Chelsea.

According to The Sun, Liverpool will reject any interest in Kelleher, despite a belief that he could secure a loan deal comfortably because the Reds want to keep him for at least one more season.

The club are hoping to have him for another year before making a decision on a long-term basis, with both Adrian and Loris Karius expected to depart Anfield this summer.

Kelleher has been with Liverpool since 2015 when he joined as part of the academy, and he went on to make his first-team debut in 2019.