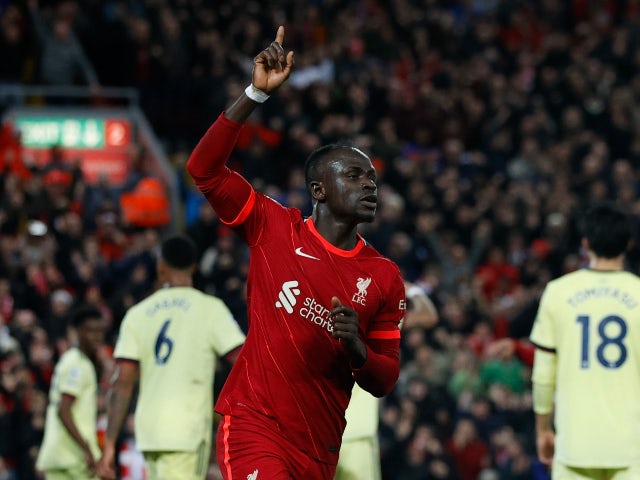 Liverpool reportedly have no plans to offer Sadio Mane a major pay rise in a proposed new deal at Anfield.

The Senegal international has again been in impressive form for the Reds during the 2021-22 campaign, scoring 22 goals and registering five assists in 49 appearances in all competitions.

Mane’s current deal with Jurgen Klopp‘s side is due to expire next June, though, and there has recently been a host of speculation surrounding his future with the Champions League finalists.

Bayern Munich are believed to be interested in signing the 30-year-old as a replacement for Robert Lewandowski, who could leave Allianz Arena for Barcelona in the upcoming market.

Meanwhile, Paris Saint-Germain are also said to be keen on the attacker, who has 15 goals and four assists in 33 Premier League appearances during the 2021-22 campaign.

According to Football Insider, Liverpool are planning to offer Mane the chance to extend his stay at Anfield.

However, the report claims that the forward will not be offered a major increase on his current deal, which is believed to be worth in the region of £200,000 a week.

Liverpool’s owners allegedly believe that the negotiations will have to be ‘delicate’, with the club also bidding to convince Mohamed Salah to pen a fresh deal at the club.

Like Mane, Salah is out of contract next June, and the 29-year-old has been linked with a move away from Anfield, with a number of European clubs thought to be closely monitoring the developments.

Salah has also again been in excellent form for Klopp’s side during the 2021-22 campaign, scoring 30 goals and 16 assists in 49 appearances for a club looking to end the season with four trophies.

Mane joined Liverpool from Southampton in 2016, and he has represented the Reds on 267 occasions in all competitions, contributing 119 goals and 48 assists in the process.

Luis Diaz‘s January arrival has increased the competition for places in the Liverpool front three, but Mane has thrived as a centre-forward in recent weeks.

The Senegal international allegedly believes that he deserves a lucrative new deal due to his importance, and discussions between the two parties are set to take place at the end of the campaign.

Liverpool have already won the EFL Cup and FA Cup this season, while they are bidding to finish above Manchester City to win the 2022-23 Premier League title.

Klopp’s side will then switch their attention to the Champions League, preparing to take on La Liga champions Real Madrid in the final of the competition next weekend.