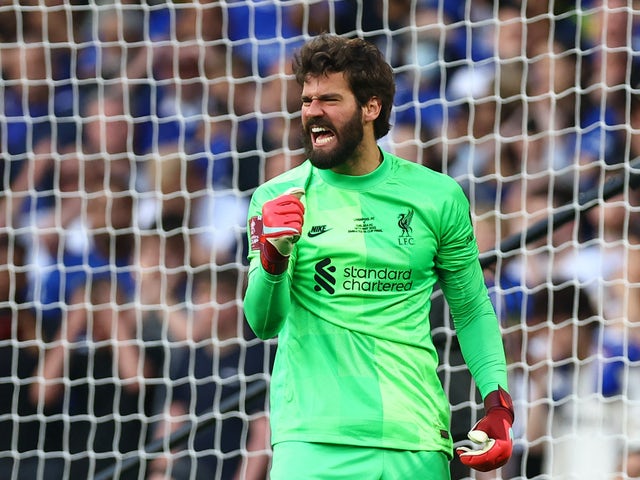 Liverpool‘s Alisson Becker has been named the Premier League Goalkeeper of the Season in the annual Sports Mole Readers’ Awards.

The Brazilian shared the Golden Gloves with compatriot and Manchester City shot-stopper Ederson, having kept 20 clean sheets in his 35 Premier League outings.

Alisson conceded just 24 goals in those games – two fewer than Ederson – and there was little competition for the 29-year-old amongst our readers as he garnered almost half of the votes.

48.6% of you chose Alisson as the standout goalkeeper of the Premier League season, more than twice as many votes as that of Manchester United‘s David de Gea, who surprisingly finished in second place with 22.7%.

De Gea shipped 57 goals throughout the campaign and only managed to keep eight clean sheets, but was widely credited with being one of the few bright sparks in a historically bad season for the Red Devils.

Ederson rounds off the top three with 18.9% of the votes, some way clear of Wolverhampton Wanderers keeper Jose Sa in fourth with 5.4%.