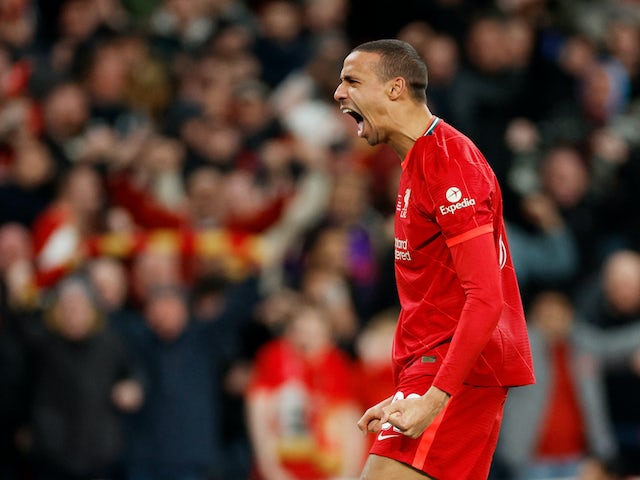 Liverpool centre-back Joel Matip has been crowned the Premier League’s Player of the Month for February.

The ex-Cameroon international starred in the Reds’ four consecutive victories over Leicester City, Burnley, Norwich City and Leeds United, claiming his first goal contributions of the season in the process.

Matip assisted Diogo Jota‘s second in the 2-0 win over Leicester before ending a traditional mazy run with a goal against Leeds, and he was part of a backline which conceded just one Premier League goal last month.

Matip’s performances have now been recognised with the Player of the Month award, beating Harry Kane, Che Adams, Ryan Fraser, Ben Mee and Wilfried Zaha to the individual accolade.

The centre-back becomes the third Liverpool player to win the prize in the 2021-22 season, with Mohamed Salah and Trent Alexander-Arnold collecting POTM awards in October and November respectively.

Matip has already made 31 appearances for Liverpool in all competitions this term and returned from illness in the Champions League clash with Inter Milan in midweek.