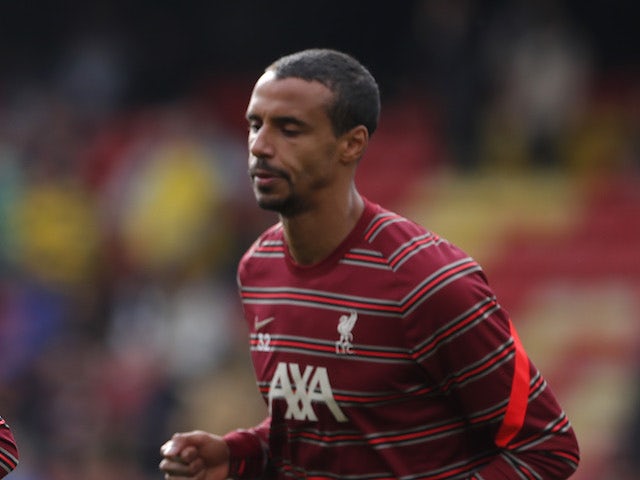 The ex-Cameroon international has established himself as a regular starter alongside Virgil van Dijk this term, scoring one goal and setting up another in 21 top-flight appearances.

After being rested for the FA Cup victory over Norwich City, Matip was expected to come back in for the home clash with the Hammers, but Klopp has now revealed that the centre-back will not take part as he recovers.

Offering a team news update to the media at his pre-game press conference, Klopp said: “Matip is ill, but it’s not Covid. He will not be available.

“I’m pretty sure Thiago is not available. Curtis [Jones] is not bad but good enough for tomorrow? We’ll see. Naby [Keita]? I’m not too sure.”

Roberto Firmino also remains sidelined with his muscular problem as the Reds aim to cut the gap to Manchester City at the top of the table to three points against David Moyes‘s side.