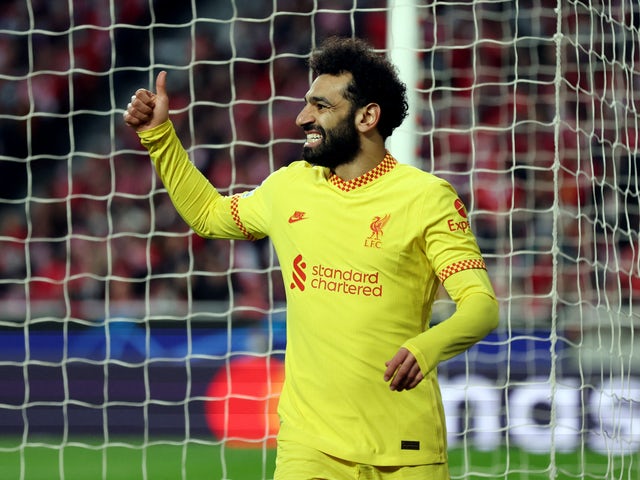 Liverpool attacker Mohamed Salah has been crowned the PFA Player of the Year for the 2021-22 season.

The 29-year-old bagged 23 goals in the Premier League to share the Golden Boot with Son Heung-min and also scooped the Playmaker Award with 14 top-flight assists.

Salah was named the Football Writers’ Association’s Footballer of the Year in April, although he lost out in the Premier League Player of the Year vote to Kevin De Bruyne.

However, the Liverpool man has fended off competition from the Belgian to win the PFA prize, as well as Cristiano Ronaldo, Virgil van Dijk, Harry Kane and Sadio Mane.

Salah has now won two PFA Player of the Year awards after coming out on top in the 2017-18 vote, becoming one of only nine players to win the honour on more than one occasion.

“It’s a great honour to win a trophy, individual or collective and this one is big so, very happy and very proud of that. This one is a really good one to win, especially because it’s voted by players,” Salah told the PFA website.

“It shows you that you’ve worked really hard and you get what you worked for. I have my room with trophies in a cabinet and I made sure that I had another space for one more. I always keep space and just try to imagine that the trophies are going to come.

“When you get older, you feel like you’re more stable and you know exactly what you want from football so I’m just trying to really chill and help the team. That’s why I think I also won the playmaker because it’s like you’re more aware of the game, so you just try to make the people next to you better and try to make yourself better as well.”

Salah joins Ronaldo, De Bruyne, Lucy Bronze, Thierry Henry, Mark Hughes, Fran Kirby, Gareth Bale, Alan Shearer in the elite group of players to be named the PFA Player of the Year on at least two occasions and has also made the Premier League Team of the Year.

Meanwhile, Man City starlet Phil Foden scooped the Young Player of the Year award for the second year running, with fellow Citizens member Lauren Hemp doing so for the fourth time in the women’s category.

Chelsea forward Sam Kerr also took home the PFA Player of the Year prize after steering Chelsea to the Women’s Super League crown last term and has become only the second Australian to win a PFA prize after Harry Kewell won the Young Player honour in 2000.

Chelsea quartet Kerr, Guro Reiten, Millie Bright and Ann-Katrin Berger all earned spots in the Women’s Team of the Year, while Arsenal have three representatives in Leah Williamson, Kim Little and Vivianne Miedema.