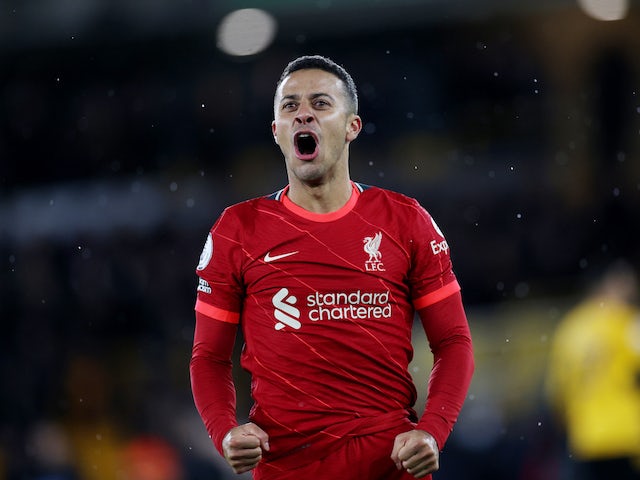 Liverpool midfielder Thiago Alcantara is reportedly set to undergo scans on the hamstring injury which ruled him out of the EFL Cup final against Chelsea.

The 30-year-old was due to form a midfield three with Fabinho and Jordan Henderson at Wembley but was forced to drop out of the team after suffering an injury during the warm-up.

Naby Keita deputised for a disconsolate Thiago – who was comforted by Alisson Becker while in tears on the bench – and Liverpool initially described the issue as a “knock”.

Now, Goal journalist Neil Jones reports that the nature of the issue is a “tight hamstring”, and Thiago will undergo further assessments on the issue in the coming days.

Jones adds that the severity of Thiago’s problem is currently unclear, but he is already considered a major doubt for Wednesday’s FA Cup fifth-round tie with Norwich City.

Thiago has registered two goals and one assist in 20 matches for Jurgen Klopp‘s side this term but has only started 10 Premier League games amid his fitness woes.