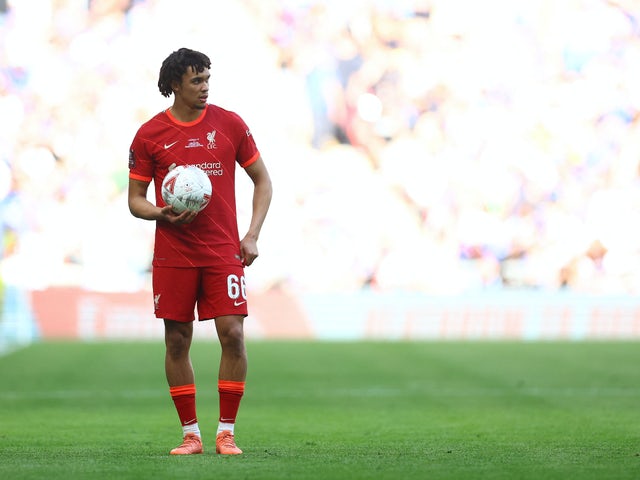 Liverpool full-back Trent Alexander-Arnold is line to break a Champions League record if he features in Saturday’s final against Real Madrid.

The England international is expected to start in Paris, which at 23 years and 233 days old would see him become the second-youngest player in the history of the competition to play in three finals, behind only Alessandro Del Piero, who did so at 23 years and 192 days old.

Alexander-Arnold played in the 3-1 final defeat to Real Madrid in 2018 before featuring again on the grandest stage a year later, helping Liverpool beat Tottenham Hotspur 2-1 to lift the Champions League trophy.

Having started in both of those contests, the 23-year-old could also become the youngest player to start three Champions League finals if he appears from the off on Saturday.

A starting berth in Paris would see him surpass Thomas Muller, who currently holds the record at 23 years and 254 days.

The right-back, who has featured in eight Champions League games this season, will be hoping to help Liverpool win their seventh European Cup.