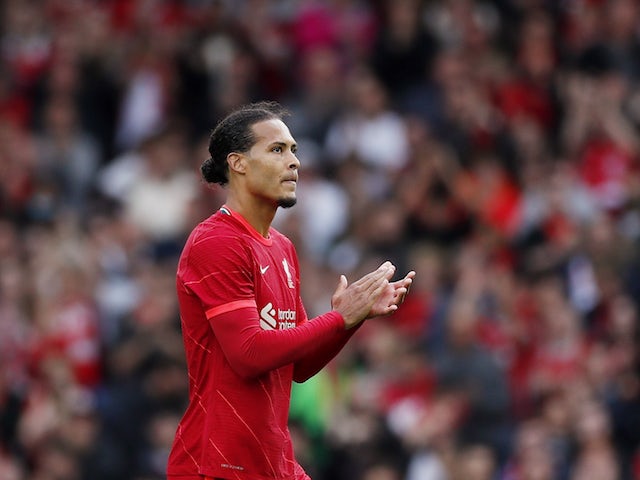 The Netherlands international rose highest to head home the Reds’ sixth and final goal on the night, with Mohamed Salah, Sadio Mane and Joel Matip also on the scoresheet.

Liverpool have now moved three points behind reigning champions Manchester City, and Van Dijk has earned another place in the history books after starring in the win.

The 30-year-old is still yet to lose a Premier League game at Anfield in a Liverpool shirt, with Wednesday’s win taking his tally in that category to a record-equalling 59 for a single club – 51 wins and eight draws.

Only ex-Manchester United man Lee Sharpe can also boast a similar 59-game unbeaten run, which will be broken if Van Dijk plays and avoids defeat against West Ham United on March 5.