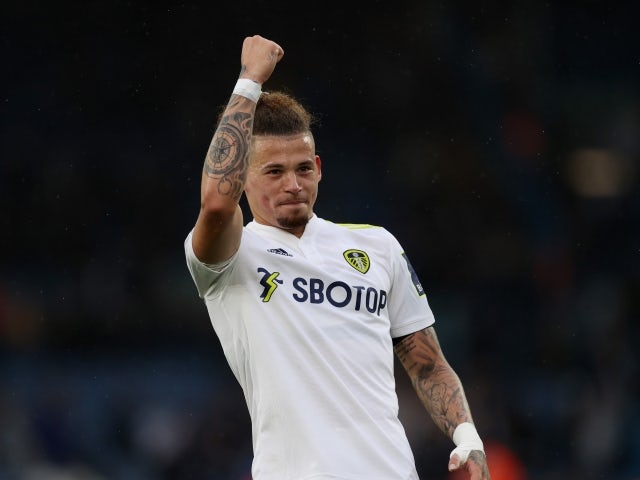 Manchester City have been handed a major boost in their pursuit of Leeds United midfielder Kalvin Phillips, according to a report.

Despite featuring only 23 times during an injury-hit 2021-22 campaign, the 26-year-old’s performances were still able to catch the eye of a number of Premier League clubs.

Pep Guardiola is keen to recruit a new centre-midfielder to replace Fernandinho this summer, and it is thought that Phillips is regarded as his primary target.

City are yet to table a concrete offer for Phillips, but Spanish news outlet Marca claims that a move to the Etihad Stadium is on the cards for the Yorkshireman as Leeds already have a replacement lined up.

Bayern Munich midfielder Marc Roca is allegedly set to join the Whites on a permanent deal, with the report adding that Phillips’s ‘almost certain’ transfer to Man City will soon take place as a result.

The Premier League champions have seemingly moved ahead of the likes of Manchester United, Liverpool, Chelsea, Aston Villa and Newcastle United in the race to sign Phillips, who could cost in the region of £60m.

The 19-cap England international, who has spent his entire career with boyhood club Leeds, has two years remaining on his contract at Elland Road.