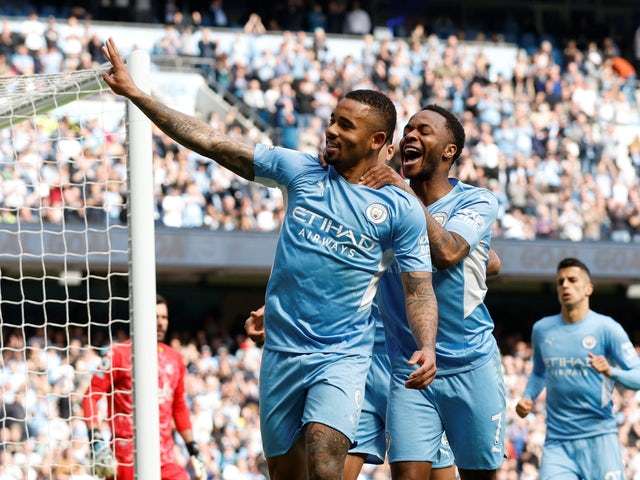 Premier League leaders Manchester City have an 80.5% chance of retaining the title, according to stats generated by Opta.

The Citizens currently sit one point ahead of Liverpool in second place heading into the final day of the season, and victory at home against Aston Villa on Sunday will see them crowned champions regardless of whether Liverpool beat Wolverhampton Wanderers at Anfield.

Opta have created a model which displays what chance all 20 Premier League teams have in finishing in a specific position in the table.

This model suggests that Pep Guardiola‘s side have an 80.5% chance of finishing the season at the summit and winning the title, while Jurgen Klopp‘s Liverpool only have a 19.5% chance of leapfrogging the Citizens to the top of the table.

80.5% – The model gives Manchester City an 80.5% chance of going on to defend their trophy. This leaves Liverpool – who must beat Wolves and hope that Manchester City fail to win – with just a 19.5% chance of overtaking the current leaders. Favoured. https://t.co/eHJaJ6yW3L

As for the top-four race, Tottenham Hotspur are the strong favourites to qualify for the Champions League according to Opta’s model, as Antonio Conte‘s men have an 84.3% chance of consolidating fourth place, while Arsenal only have a 15.7% chance of moving above their North London rivals.

Spurs have a favourable fixture away at basement club Norwich City on Sunday, while Arsenal will play host to Everton, who confirmed their Premier League survival on Thursday.

Manchester United, meanwhile, have a 21.5% chance of slipping down to seven place and subsequently qualifying for the Europa Conference League, which would be their joint-worst league position in the Premier League era, matching their efforts in 2013-14.

The Red Devils would drop down from sixth to seven if they fail to beat Crystal Palace at Selhurst Park and if West Ham United were to win away at Brighton & Hove Albion.

At the other end of the table, the model has predicted Burnley to avoid relegation, as they have an 84.2% chance of survival, while Leeds United only have a 15.8% chance of climbing out of the bottom three.

Leeds will travel to Brentford on the final day needing to better Burnley’s result at home to Newcastle United if they wish to avoid demotion to the Championship.