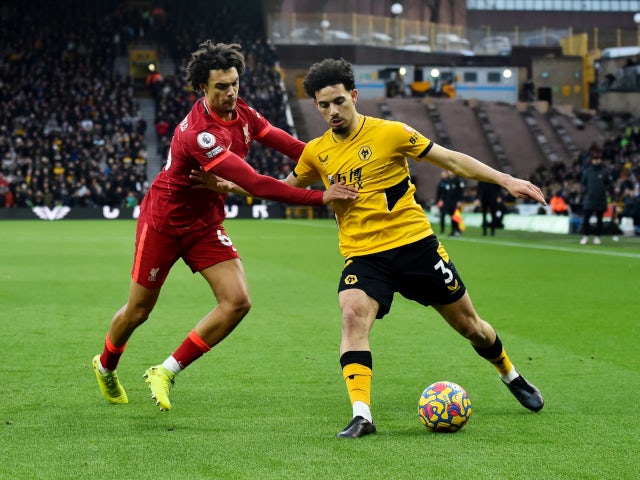 The Premier League champions are believed to be on the lookout for a new left-back this summer, despite Joao Cancelo‘s brilliant 2021-22 campaign on the left side of defence.

Benjamin Mendy remains suspended by the club, while the long-term future of Oleksandr Zinchenko is uncertain amid interest from Arsenal and West Ham United.

City are understood to have identified Brighton & Hove Albion‘s Marc Cucurella as one of their leading targets, but The Athletic claims that Ait-Nouri is also on their radar.

The report adds, however, that Wolves are not anticipating any concrete offers for the 21-year-old, who still has four years remaining on his contract at Molineux.

Ait-Nouri initially joined Wolves on loan from Angers in the summer of 2020, before his deal was made permanent a year later, and in the 2021-22 campaign he recorded one goal and six assists in 27 appearances across all competitions.

The France Under-21 international has previously been linked with a host of Europe’s elite clubs including Liverpool, Barcelona and Paris Saint-Germain.