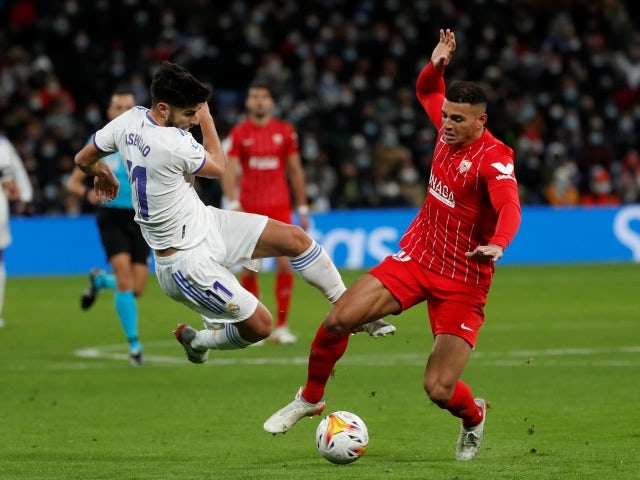 Manchester City, Liverpool and Newcastle United have all reportedly suffered a blow in their pursuit of Sevilla centre-back Diego Carlos, who has seen the value of his release clause increase following a contract extension.

The 28-year-old was heavily linked with a January move to the Magpies; however, a switch to St James’ Park failed to materialise.

Newcastle are set to renew their interest in the Brazilian this summer, while Man City and Liverpool are also keeping tabs ahead of potential swoop.

However, all three clubs now face an uphill battle to sign Carlos, as Goal reports that the defender has extended his contract with Sevilla until June 2025 and his release clause has been increased to €80m (£67m).

The report adds that the La Liga outfit were keen to reward Carlos with a new and improved deal to reflect his importance as a key player in Julen Lopetegui‘s side, as well as to fend off interest from bigger clubs.

Sevilla have also renewed the contract of forward Lucas Ocampos, and the club’s sporting director Monchi has revealed that they decided not to announce the extensions of both players due to “strategic reasons”.

“We’ve renewed [the contracts of] Diego Carlos and [Lucas] Ocampos 14 months ago. We didn’t announce it for strategic reasons,” the Spaniard told Mucho Deportes.

Carlos has made 127 appearances for Sevilla across all competitions, including 36 this campaign.