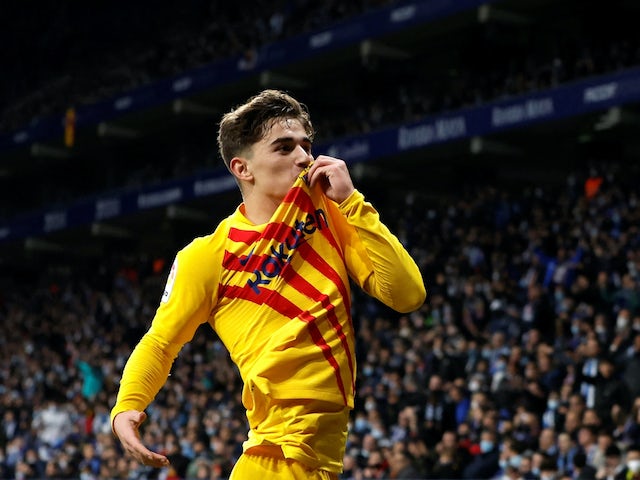 Premier League trio Manchester United, Liverpool and Chelsea are among a number of elite European clubs who are keeping tabs on Gavi‘s contract situation at Barcelona, according to a report.

The 17-year-old starlet, who has established himself as a first-team regular this season, will see his current deal at Camp Nou expire in June 2023.

While Barca president Joan Laporta has suggested that contract renewals for both Gavi and Ronald Araujo are not close at present, head coach Xavi told the media last week that it is only “a matter of time” before the pair commit their futures to the club.

According to Mundo Deportivo, Gavi is keen to stay with Barcelona but negotiations between the player’s representatives and the club are “stuck”, which has alerted a number of top European teams.

United, Liverpool and Chelsea, along with Bayern Munich and Paris Saint-Germain, are all interested in the midfielder, while the report adds that Manchester City are not in the race for his signature.

Gavi is believed to have a €50m release clause in his current contract, which will be increased to €100m on July 1.