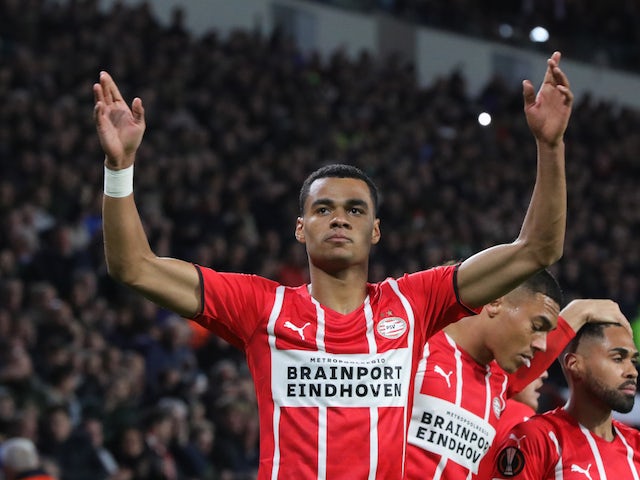 Gakpo has enjoyed a productive season in PSV colours continentally and domestically this term, banking 13 goals and 13 assists in 33 appearances across all tournaments.

Palhinha, meanwhile, has three goals from 30 games for Portuguese champions Sporting this season, and the futures of both men have come under question recently.

According to The Mirror, Man United are aiming to secure the pair’s signatures ahead of the 2022-23 campaign and have already sent scouts to watch Gakpo ply his trade in the Netherlands.

The report adds that Palhinha possesses a £50m release clause in his Sporting contract – which runs until 2026 – but the Primeira Liga giants may be willing to consider a sale for as little as £20m.

Atletico Madrid and Wolverhampton Wanderers have also been linked with a bid for Palhinha, while Gakpo is thought to be on the radar of Liverpool and Manchester City.