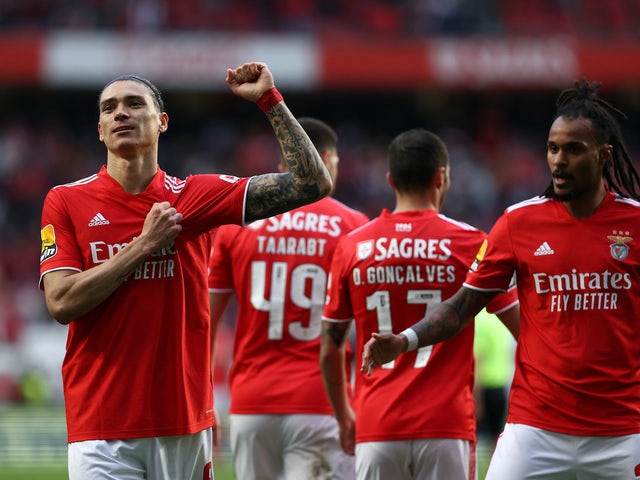 New Manchester United boss Erik ten Hag has prioritised the signing of a central midfielder over the possible arrival of Darwin Nunez this summer, according to a report.

The Benfica striker is widely expected to leave the club during the transfer window following an impressive 2021-22 campaign with the Portuguese side.

The Uruguayan has been most heavily linked with United and Liverpool, with the latter reportedly having agreed a deal worth around £86m to take Nunez to Merseyside in the coming weeks.

Although United remain in the race until a potential deal to Liverpool is sealed, Ten Hag is said to be focusing primarily on midfielder targets as things stand, according to ESPN.

The report suggests that although the Dutchman views Nunez as a significant target, he views the task of replacing the departed Paul Pogba and Nemanja Matic as of far greater importance.

Only Donny van de Beek, Scott McTominay and Fred are the former Ajax manager’s current options heading into the 2022-23 campaign as things stand, with the former only returning to Old Trafford following a disappointing loan spell at Everton in the second half of last season.

Barcelona‘s Frenkie de Jong has been most heavily linked with a move to the Red Devils to fill the void in the centre of the pitch, whilst the likes of Wolverhampton Wanderers midfielder Ruben Neves have also been considered to solve United’s problem area.