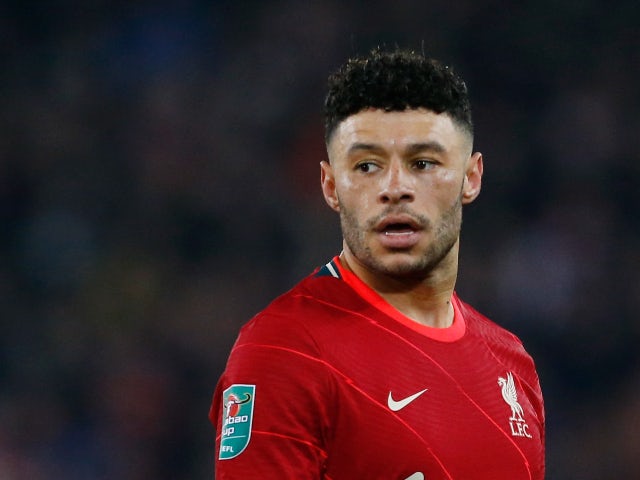 Manchester United will reportedly have to fork out just £10m to prise Alex Oxlade-Chamberlain away from Liverpool this summer.

The 28-year-old has failed to cement his place in the Liverpool XI since arriving from Arsenal five years ago and is widely expected to leave in the coming weeks.

Oxlade-Chamberlain only has 12 months left to run on his Anfield contract, and his lack of game time means that Liverpool cannot afford to play hardball over a fee.

A recent report claimed that Man United were interested in a surprise swoop for the ex-Arsenal man as Erik ten Hag seeks to compensate for the loss of four midfielders as free agents.

Now, the Liverpool Echo – via The Mirror – claims that Liverpool will sanction Oxlade-Chamberlain’s exit for as little as £10m as they seek to avoid losing him for nothing next year.

Liverpool paid £34.2m to sign the England international from Arsenal in the summer of 2017, but his time on Merseyside has been plagued by injuries.

Oxlade-Chamberlain has amassed 17 goals and 15 assists in 133 games for the Reds in all tournaments, but he has missed a further 74 matches through fitness issues or illness.

The midfielder’s 2021-22 campaign saw him register three goals and three assists from 29 outings, but he only made 17 Premier League appearances for Jurgen Klopp‘s side.

Only nine of those top-flight matches saw Oxlade-Chamberlain feature from the first whistle, and he was left out of the squad entirely on 10 occasions.

Man United have seen Paul Pogba, Jesse Lingard, Nemanja Matic and Juan Mata all leave the club this month, and a new midfielder is expected to be Ten Hag’s first priority this summer.

The Red Devils are understood to be in talks with Barcelona over a move for Frenkie de Jong, but they have seen an opening bid of £60m turned down by La Blaugrana.

Liverpool have already boosted their midfield ranks with the signing of Fabio Carvalho, who joins after playing a key role in Fulham’s successful push to the Premier League.

A £4m deal for Aberdeen right-back Calvin Ramsay will seemingly be wrapped up soon as well, while official confirmation of Ben Doak‘s signing from Celtic is yet to be announced by the club.

Further up the pitch, Liverpool are closing in on a club-record deal for Benfica striker Darwin Nunez, who could end up costing the Reds €100m (£85.4m) should all add-ons be met.