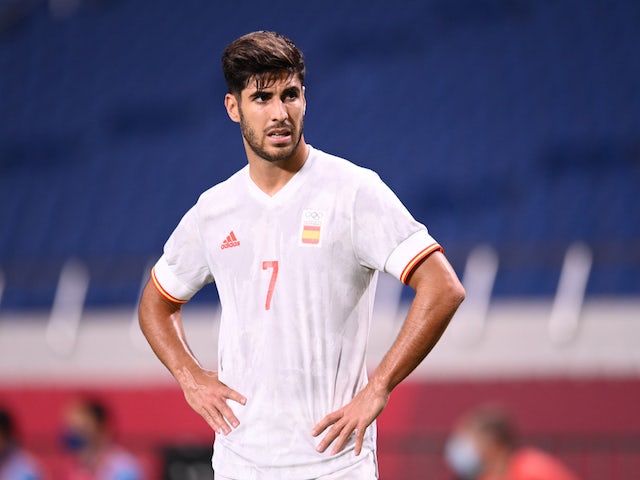 The agent of Real Madrid attacker Marco Asensio has revealed that his client came close to leaving the Bernabeu on loan during the summer transfer window.

The 25-year-old has found it difficult to show his best form for Los Blancos since suffering a serious knee injury during pre-season ahead of the 2019-20 campaign.

A number of clubs have been credited with an interest in the Spain international, with Liverpool thought to be keen to bring him to the Premier League.

Asensio was handed a spot in midfield against Mallorca on Wednesday night, though, and scored three times in Real Madrid’s 6-1 win in La Liga.

The attacker’s agent Horacio Gaggioli has revealed that there were exit talks over the summer, while Los Blancos boss Carlo Ancelotti had to recently convince the Spaniard to stay at the club.

“We had been considering a loan for him to get back in form as soon as possible, either in Spain or abroad,” Gaggioli told Cadena SER. “There were no problems in that sense. But four days ago, Carletto told him to stay.

“We knew the quality Real Madrid had in midfield, probably the best in the world. So where would he play? It’s not that we had no faith in him, because he can also play on the wing.

“But we knew that the year after the injury was going to be difficult and Real Madrid can’t wait for anybody. They have to win every week and recovering from an injury isn’t easy at Real Madrid.

“We cannot be more grateful to Real Madrid. They said ‘whatever is best for Marco, we want him to recover. We trust him, but if you think he has to leave.’ The club didn’t object everything, but then Carletto said that he trusted him and wanted him to play in midfield.”

Asensio has scored 40 times and registered 22 assists in 199 appearances for Real Madrid.