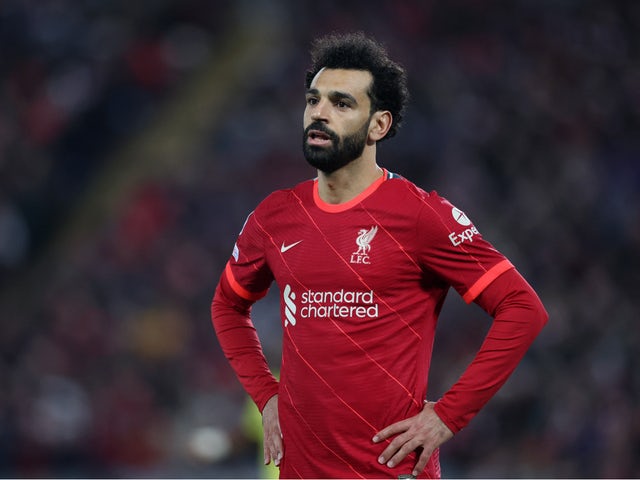 Mohamed Salah would reportedly be open to joining one of Liverpool‘s Premier League rivals if he cannot agree a new contract with the Merseyside giants.

The 29-year-old was in strong form for the Reds during the 2021-22 campaign, scoring 31 goals and registering 16 assists in 51 appearances in all competitions.

Salah only has little over 12 months left to run on his contract with the Reds, though, and there has been a host of speculation surrounding his future over the last few months.

According to The Athletic, the Egypt international has been in discussions with Liverpool over a new deal for more than a year.

The report, though, claims that there have been no face-to-face talks between the two parties for six months, with the pair far apart in terms of their salary expectations.

Salah allegedly wants to become one of the top-six highest-paid players in world football and would be willing to sign a two-year extension to his current contract.

However, if an agreement cannot be reached, the Egyptian would reportedly be open to joining one of Liverpool’s Premier League rivals, as he wants to remain in English football rather than move to another country.

Salah is unlikely to be allowed to leave the Reds this summer but could run down his deal at Anfield before leaving on a free transfer next june.

The forward scored 23 goals and registered 14 assists in 35 Premier League appearances during the 2021-22 campaign, as Jurgen Klopp‘s side finished second in the table.

Salah also scored eight goals and provided two assists in 13 Champions League outings, with the Reds reaching the final of the competition before losing to Real Madrid.

Since arriving at Liverpool from Roma in July 2017, the forward has scored 156 goals and registered 63 assists in 254 appearances for the English giants.

The Reds boosted their attack in the January transfer window with the arrival of Luis Diaz, who was a regular in the second half of the 2021-22 campaign, scoring six times and registering five assists in 26 appearances.

However, Divock Origi is leaving Anfield on a free transfer this summer, while Sadio Mane has allegedly told the club that he wants to seek pastures new in the upcoming market.

Bayern Munich are believed to have identified Mane as an ideal replacement for Robert Lewandowski, who is pushing to leave Allianz Arena this summer to join Barcelona.

Mane’s proposed exit would likely see Liverpool enter the market for another forward, and Barcelona’s Ousmane Dembele is believed to be an option for the club on a free transfer.