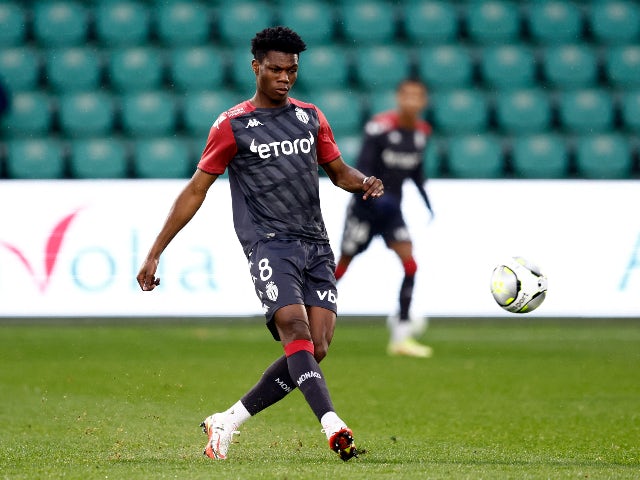 Monaco sporting director Paul Mitchell has confirmed that the Ligue 1 side are prepared to sell Aurelien Tchouameni in the summer transfer window.

Tchouameni has impressed a number of clubs after chipping in with five goals in his 50 club games this season as a central midfielder.

Liverpool and Real Madrid have reportedly shown a keen interest in the 22-year-old, and they have now been given the go-ahead to prepare offers after Mitchell confirmed that Monaco are willing to sell Tchouameni.

When asked whether he had a preference for the Frenchman’s next destination Mitchell told RMC Sport: “I don’t have a preference to be honest! As always when you sell a player, there needs to be fair compensation. The market is different every year.

“Everyone was able to see what a top player Aurelien is, but everyone also knows that we are an ambitious club with an ambitious shareholder. So no, I have no preference when it comes to selling him. We will have to be very aggressive in terms of the fee we demand to lose such an incredibly gifted player.”

Tchouameni is set to leave the club after scoring eight goals in his 95 appearances since arriving in the principality in 2020 from Bordeaux.