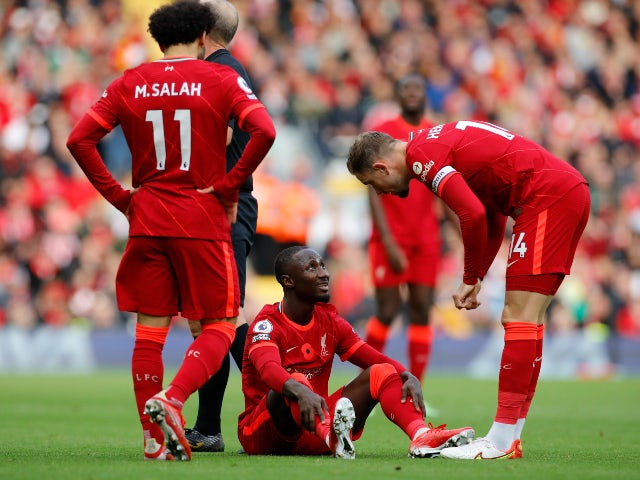 Liverpool have opened talks with 27-year-old midfielder Naby Keita over a possible contract extension at Anfield, according to a report.

The central midfielder enters the final 12 months of his contract with the Premier League runners-up this summer, meaning he would leave the club on a free transfer in June 2023 as things stand.

Keita would also be free to talk to foreign clubs regarding a pre-contract agreement in January, but Football Insider are reporting that Jurgen Klopp has given the go-ahead for Liverpool to discuss an extension.

The report suggests that the Merseyside club remain keen to tie down the Guinean to a long-term deal at the club, to end any speculation surrounding Keita’s future.

A new contract for Keita would follow the recent one-year extension agreed with fellow midfielder James Milner at Liverpool, with both being utilised extensively during the club’s chase for a quadruple during the 2021-22 campaign.

Keita went on to make 40 appearances for the Reds across all competitions last season, although only 25 were starts, with Jordan Henderson, Thiago Alcantara and Fabinho often preferred by Klopp in his midfield trio.