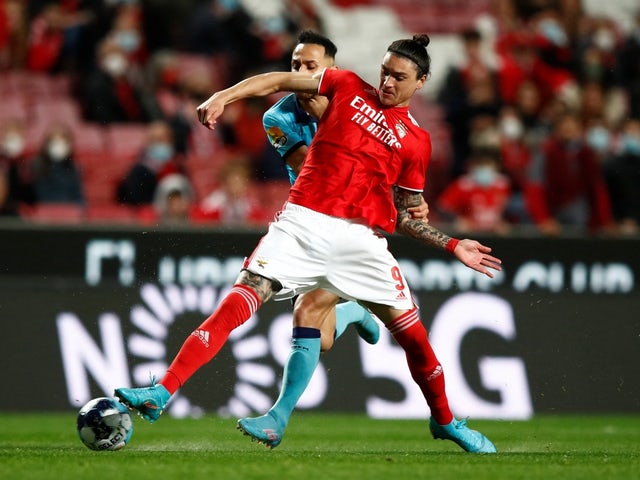 It has been widely reported that the 22-year-old is expected to leave the Portuguese side this summer, after scoring 32 goals and registering four assists in 38 appearances during an excellent 2021-22 campaign.

The likes of Manchester United, Liverpool and Real Madrid have been heavily linked with an interest in acquiring Nunez’s signature, with it even reported in recent days that his future hinged on the outcome of the Champions League final between Liverpool and Real on Saturday.

However, Uruguayan journalist Romano suggests that Newcastle are in the race for Nunez, and that they are prepared to pay Benfica’s price tag of €100m (£85m) as things stand.

Romano tweeted on Friday: “D. Nunez. Hours that can bring news for your transfer. The striker has many options to reach the Premier. Newcastle, under Arab control, is willing to pay what Benfica wants. There is talk of an amount close to 100 million euros.

“Newcastle today is the one best positioned to take it. The crown prince of Arabia, Bin Salman bets very strongly to put together a team that will fight for the title. The obstacle? They will not have Champions in 2022/23. All this is defined by Jorge Mendes, representative of Núñez.”

Newcastle look set for a busy summer transfer window, ahead of their first full campaign under their new Saudi-backed owners, who completed their takeover of the club late in 2021.