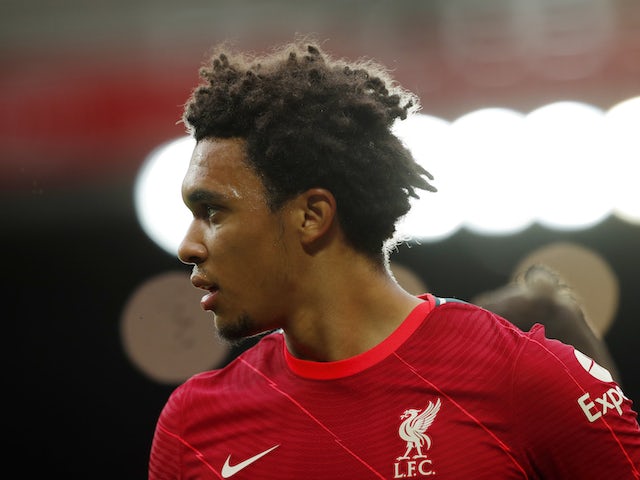 Real Madrid have added England internationals Trent Alexander-Arnold and Reece James to their transfer shortlist, according to a report.

Los Blancos are eager to sign a new right-back, with Dani Carvajal, who turns 30 next year, struggling with injuries.

Alvaro Odriozola was being touted as Carvajal’s successor in the Spanish capital, but he has been sent out on loan to Fiorentina this season.

DefensaCentral claims that both Liverpool‘s Alexander-Arnold and Chelsea‘s James are being monitored by Carlo Ancelotti.

The report adds that Nice right-back Youcef Atal is also on the club’s shortlist, and the Algerian international would be the cheapest option of the trio.

Both Alexander-Arnold and James have long-term contracts at their respective clubs until 2025.