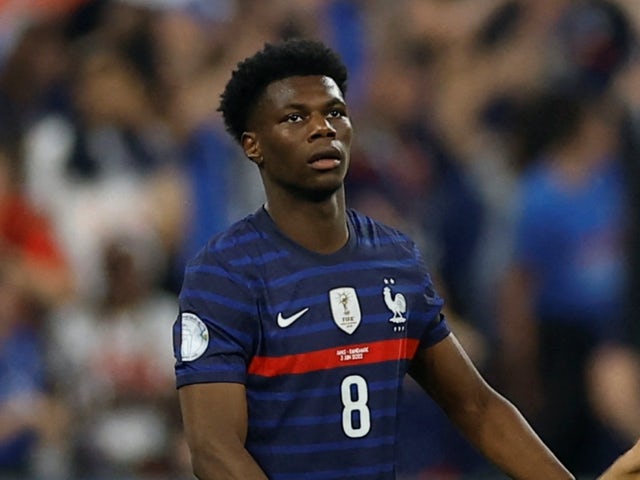 Real Madrid have completed the signing of Monaco midfielder Aurelien Tchouameni on a six-year contract until June 2028.

The La Liga and Champions League winners fought off competition from the likes of Paris Saint-Germain and Liverpool to recruit the 22-year-old for a fee which could rise to around €100m.

Tchouameni will be presented to the media as a Real Madrid player in the Spanish capital next Tuesday after undergoing his medical.

The France international becomes the second summer signing to arrive at the Santiago Bernabeu after defender Antonio Rudiger, who has joined the club from Chelsea on a free transfer.

Tchouameni is regarded as one of the brightest midfield prospects in Europe after elevating his game to new heights with Monaco, where he made 50 appearances in all competitions last season.

The Rouen-born defensive midfielder, who was named the 2021-22 Ligue 1 Young Player of the Year, has become a regular for the France national team under Didier Deschamps, featuring 10 times since his debut in September last year.

Tchouameni will join fellow Frenchmen Karim Benzema, Eduardo Camavinga and Ferland Mendy in the Spanish capital and he is set to compete with Brazilian lynchpin Casemiro for a regular place in Carlo Ancelotti‘s side.