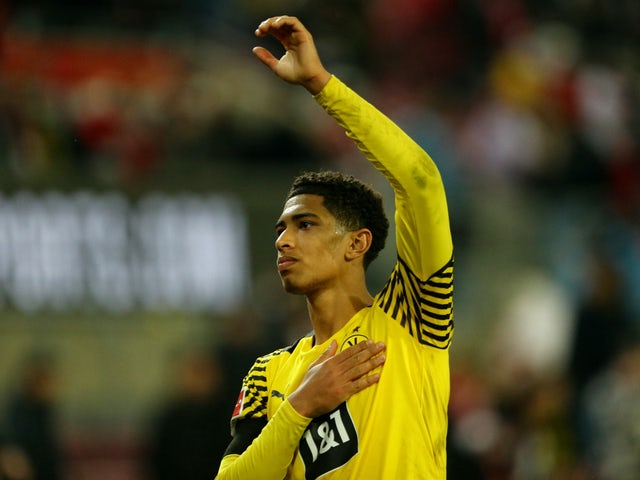 The 18-year-old has spent the last two seasons with Dortmund, contributing 10 goals and 18 assists in 90 appearances for the Bundesliga champions, following his arrival from Birmingham City in July 2020.

Last term, Bellingham scored six goals and provided 14 assists in 44 appearances in all competitions for BVB, while he has been involved for England over the current international break.

The teenager recently confirmed that he will be spending the 2022-23 campaign with Dortmund, and the Bundesliga giants are not prepared to sell him this summer under any circumstances, having already lost key player Erling Braut Haaland to Manchester City.

“The only future I’m thinking about is the next game with Dortmund. And I will be here next season. I’m ready,” Bellingham told Ruhr Nachrichten when questioned on his future last month.

However, BVB are expected to face an uphill task to keep hold of the Englishman next summer, with many of Europe’s leading sides said to be interested in his signature.

Liverpool, Manchester United, Man City and Chelsea are all allegedly keen to bring him back to England ahead of the 2023-24 campaign.

However, according to Cadena Ser, there is also genuine interest from Real Madrid, with the La Liga and European champions set to prioritise his signature next summer.

The report claims that Los Blancos are prepared to pay €90m (£77.8m) for the youngster, in addition to handing him a contract for the next five or six seasons.

Liverpool will allegedly be Real Madrid’s main competition for Bellingham, with the Reds thought to have already made an offer of €100m (£86.4m) for the former Birmingham youngster.

Bellingham, who made 44 appearances for Birmingham before moving to Dortmund, scored three times and registered eight assists in 32 Bundesliga appearances during the 2021-22 campaign.

The midfielder also played six times in the Champions League last term, scoring once and providing three assists, with his goal coming against Besiktas in the team’s Group C opener in September.

Real Madrid have already boosted their midfield this summer with the signing of Aurelien Tchouameni in a big-money deal from Monaco.

Meanwhile, Eduardo Camavinga and Federico Valverde were both important players for Los Blancos in the second half of last season, but Luka Modric could potentially leave Bernabeu next summer, while Toni Kroos is also seemingly entering the latter stages of his career at the club.