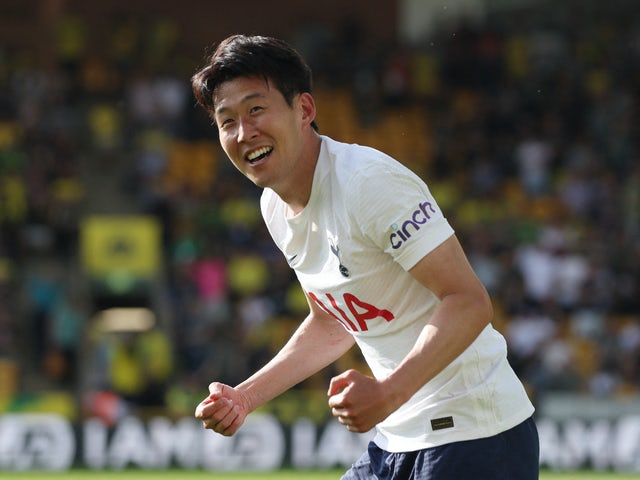 Tottenham Hotspur forward Son Heung-min has been named the Premier League Striker of the Season in the annual Sports Mole Readers’ Awards.

The 29-year-old made history by becoming the first Asian player to win the Premier League Golden Boot, finishing level with Liverpool‘s Mohamed Salah on 23 goals for the campaign.

A brace on the final day ensured that he shared with award with Salah, while he also helped himself to nine assists in his 35 appearances.

Despite finishing behind Salah and Kevin De Bruyne in the overall Premier League Player of the Season voting, you chose Son as your Striker of the Season with 32% of the votes.

Salah, who not only finished as top scorer but also chalked up more assists than any other player in the league this season, was narrowly behind in second place with 30.5% of the votes.

Both players were comfortably clear as the top two ahead of Manchester United‘s Cristiano Ronaldo, whose 18-goal haul in spite of the team’s poor season earned him third place with 15.7%.

Son’s teammate Harry Kane and Arsenal winger Bukayo Saka capped off the top five with 6.1% and 4.6% of the votes respectively.