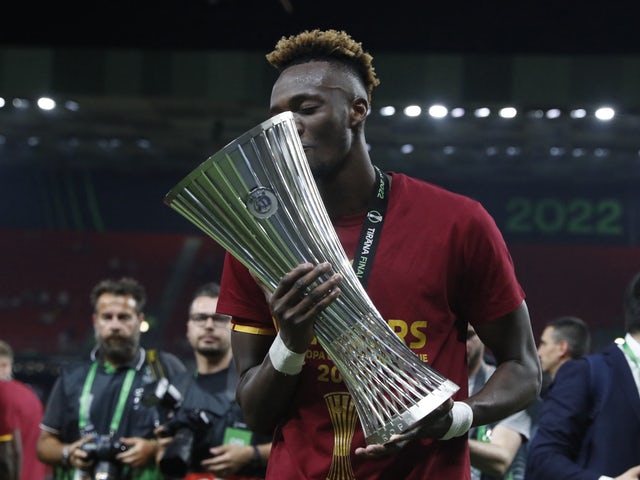 Roma striker Tammy Abraham has appeared to suggest that a move to Premier League runners-up Liverpool could be on the cards this summer.

The 24-year-old enjoyed an excellent first season in Italy, scoring 27 goals and registering four assists in 52 appearances for Jose Mourinho‘s side across all competitions in the 2021-22 campaign.

Abraham only made the move to Serie A last summer, in a deal worth around £34.5m from Chelsea, but the England international’s form has led to speculation that a return to the Premier League could already be on the cards.

Currently on international duty with his country, a video has circulated on social media of Abraham appearing to suggest to Liverpool right-back Trent Alexander-Arnold that he could be joining him at Anfield next season.

Alexander-Arnold replies to the suggestion with a smile before shaking hands, and although it may well appear to be a joke between the pair, it could be a suggestion that Abraham may be on the move in the upcoming transfer window.

Liverpool could be on the lookout for a new forward this summer, with Sadio Mane widely expected to join Bayern Munich and Divock Origi leaving the club on a free transfer upon the expiration of his contract at the end of June.