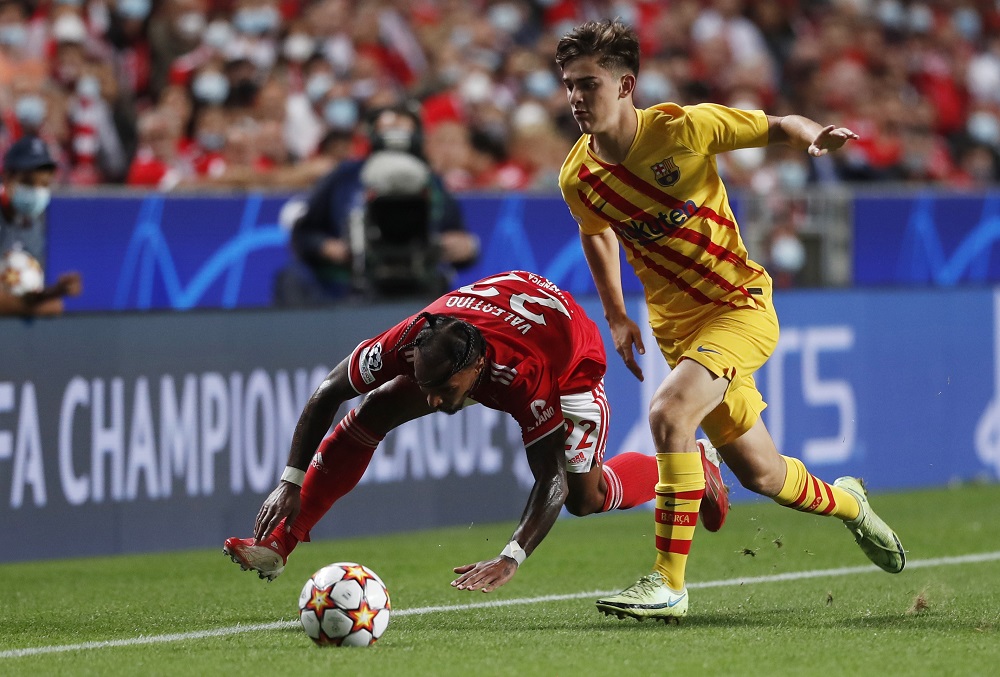 Former Arsenal striker Kevin Campbell believes Liverpool would be getting an excellent player if they managed to secure the signature of Barcelona midfielder Gavi.

The Reds, along with Chelsea and Manchester City, have been tipped to trigger the 17-year-old’s €25m (£21m) release clause, and Campbell says it would be a huge coup for the Merseyside club if the Spaniard ended up at Anfield:

“He’s another home-grown talent at Barcelona. Gavi also has a bit about him as well, he’s got a real tough streak. Going out and buying top players will be difficult for Liverpool because top players want to play week-in, week-out. But if you’re getting a youngster in who you can mould and nurture, such as Gavi – wow, it would be a superb signing for them.”

Most sources suggest that Gavi is closing in on a contract extension, which would also increase the midfielder’s buyout fee to a level well beyond the reach of Liverpool and other clubs.

Barca have been struggling to get control of their wage bill, which has prompted speculation that talks over a new deal could collapse, but the player is very keen to remain at the Camp Nou.

With that being the case, the Reds were never realistic contenders to sign Gavi, but the fact that they were interested shows the calibre of players they are going after.