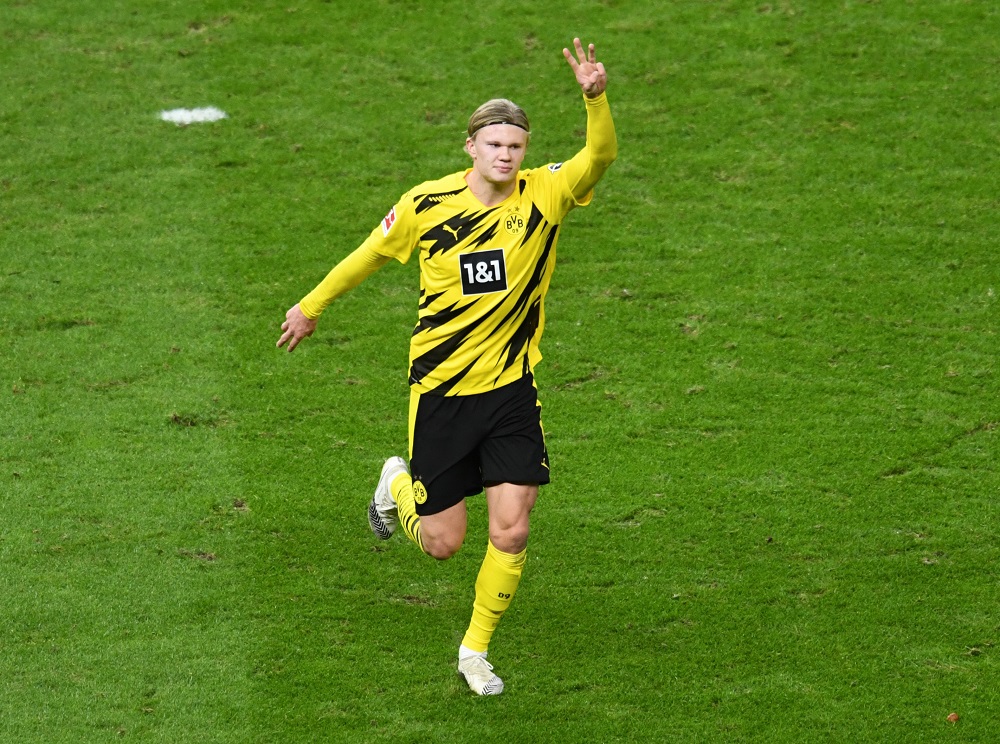 Real Madrid have pulled out of the race to sign Borussia Dortmund striker Erling Haaland next summer, according to reports in the Spanish media.

The La Liga giants, along with Manchester City, Manchester United, Chelsea, Paris Saint-Germain and Bayern Munich, were thought to be ready to battle it out for the Norwegian, who has a €75m (£63m) release clause.

With one less team seemingly in the running for Haaland’s signature, supporters on Twitter are increasingly hopeful that the 21-year-old will end up at the Etihad Stadium:

He is coming home

They are signing Mbappe, they don’t need him.

Whether this story coming out from Spain is accurate or not, we shall have to wait and see, but the finances of the deal would suggest that either a Premier League team or PSG would be favourites to snap up Haaland anyway.

It is believed that the Norwegian international will demand a £30m a year salary, in addition to a significant fee that will need to be paid to his representatives.