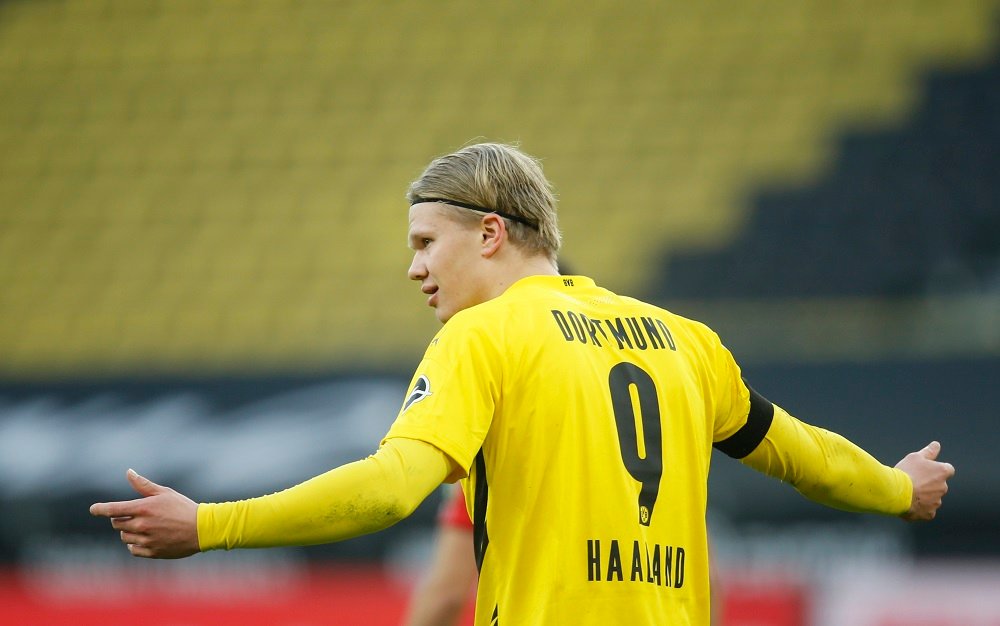 Borussia Dortmund will ask for €150m (£129m) if any team enquiries about Erling Haaland in the summer, according to reports in the German media.

Manchester City are said to be targeting the 20-year-old as a replacement for Sergio Aguero, while the likes of Manchester United and Chelsea are also interested in the striker.

Despite the sizeable asking price, though, City supporters on Twitter have called on the club not to be deterred by the figure, asking them to go all out to snap up Haaland:

Bargain buy him. He’s then the top man for the next decade no problem

Genuinely probably worth double that

Shouldn’t be a massive problem. It’s a massive risk to wait until his release clause kicks in because the massive clubs will have more money and there will be even more competition.

give them a player and we are sorted

Pay it, or somebody else will.

That’s it? Let’s get this going ASAP!!

The figure is double the €75m release clause which will reportedly come into effect in 2022, and it may force some teams to take a step back and, perhaps even, wait until next year.

Whether it would put off City, though, it remains to be seen. With Aguero looking poised to leave the Etihad Stadium in the summer, they will be desperate to find his successor and Haaland seems like the perfect candidate.