‘Beautiful’ ‘Get It Done’ ‘No, We Want Haaland’ Fans React Amid Rumours That City Are Preparing Bid For 68M Rated Poacher 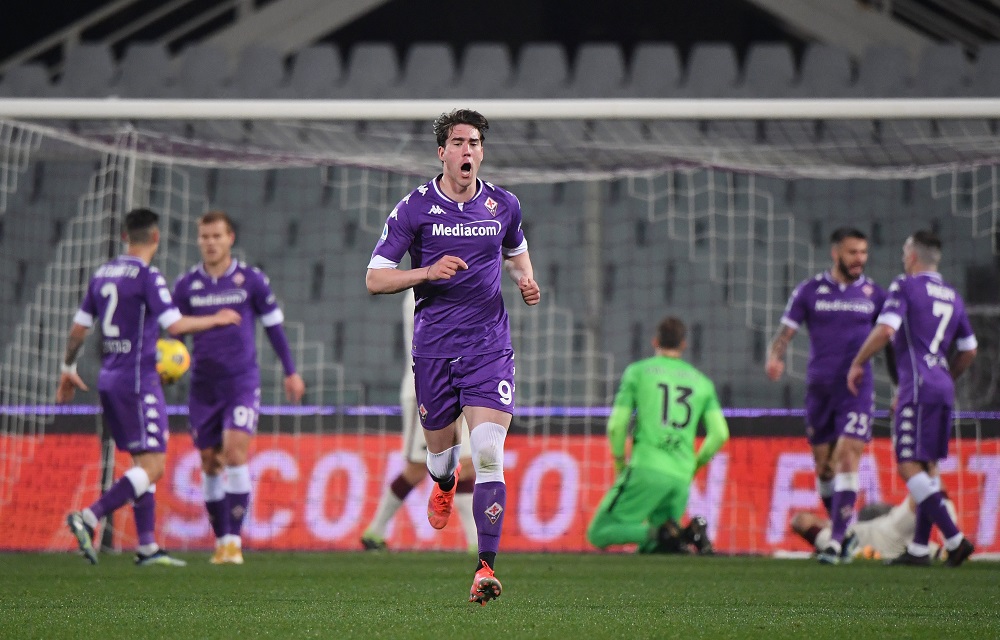 Manchester City are preparing an offer for Fiorentina striker Dusan Vlahovic ahead of the January transfer window, according to reports in the Italian media.

The Serbian has been heavily linked with Arsenal, Tottenham and Juventus in recent weeks, with the latter said to be his preferred destination. However, Fiorentina would prefer the player move abroad next month.

City are looking for a new forward and, with Vlahovic reportedly available for €80m (£68m), a deal could well be stuck. Supporters on Twitter are split on whether signing the 21-year-old is a good idea:

No we want Haaland

Why not haaland tho

Vlahovic is in excellent form, having scored his 15th goal in just 17 appearances during Fiorentina’s 3-2 win against Bologna yesterday. Even so, a lot of City fans would like the club to wait until next summer so they can sign Erling Haaland instead.

The Norwegian international got on the scoresheet himself at the weekend, scoring in Borussia Dortmund’s 3-2 defeat to Bayern Munich.