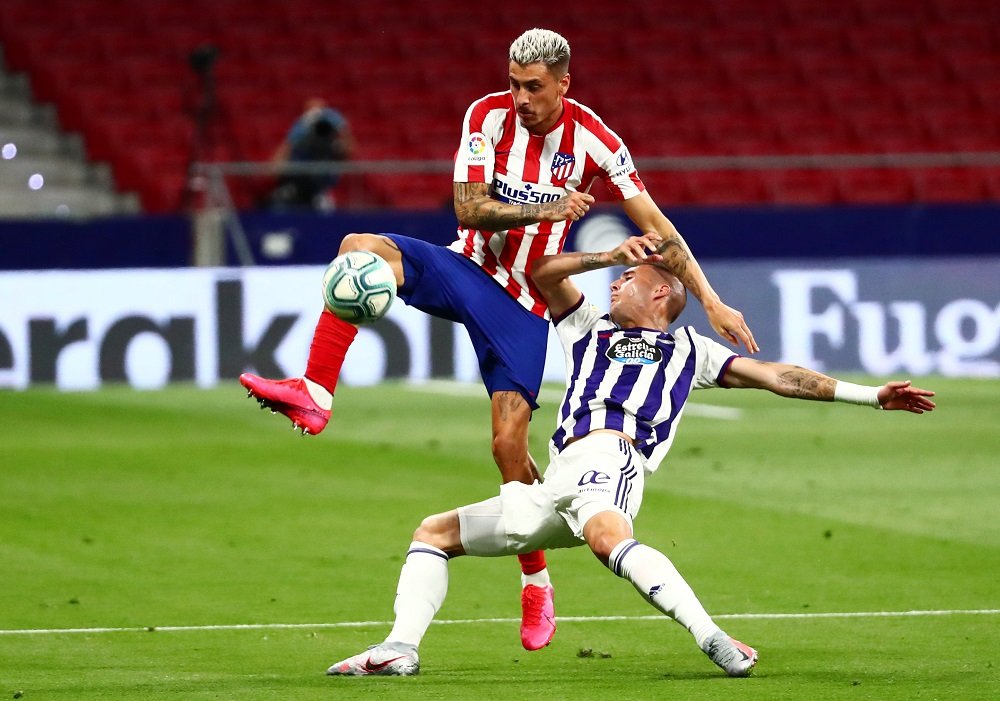 Manchester City have not made a bid for Atletico Madrid centre-back Jose Gimenez, according to the Guardian‘s Fabrizio Romano. There were reports in Spain earlier today that the Citizens had tabled an €89m (£82m) offer plus €5m (£4.6m) in bonuses for the Uruguayan.

However, Romano disputed that claim, saying Pep Guardiola’s side are still in talks to sign Napoli’s Kalidou Koulibaly, while a move for RB Leipzig’s Dayot Upamecano is also unlikely to happen during the current transfer window:

Koulibaly – talks still on. Upamecano is a complicated target on this summer. No bid for José Gimenez [release clause or nothing and #MCFC at the moment won’t pay it].

Gimenez has also been linked with Chelsea in recent months, but it appears both clubs have been put off by Atletico’s insistence that they must trigger the 25-year-old’s €120m (£110m) release clause.

A move for Upamecano was suggested by a report in Italy yesterday, but the Frenchman, who is also being pursued by Manchester United, is likely to stay in Germany for at least another year.

At the moment, the only active negotiation appears to be for Koulibaly but negotiations are painfully slow, with a transfer fee yet to be agreed.