‘Fake News.’ ‘We’re Linked To This Guy Every 2 Weeks’ Fans Scoff At Rumours That City Are Pursuing 11 Cap Spanish International 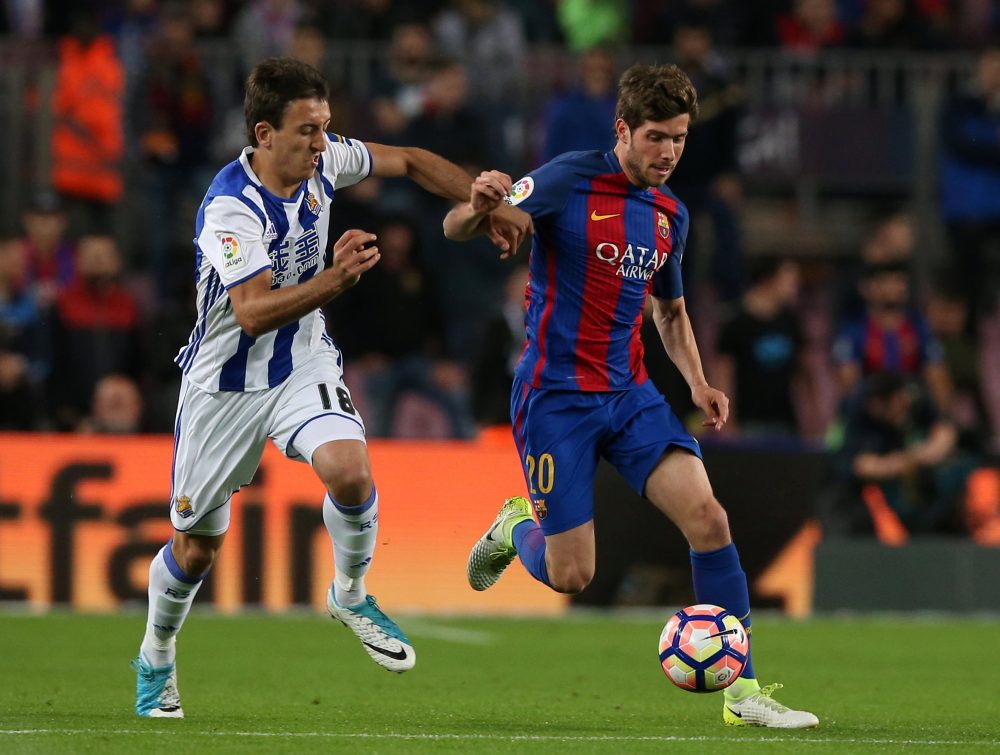 Manchester City and Arsenal are both interested in signing Barcelona midfielder Sergi Roberto on a free transfer, according to reports in the Spanish media.

Negotiations over a new contract are said to have broken down and the Spaniard, who has 11 caps for his country, could well leave Barca when his current deal expires next June.

Roberto has been linked on and off with City over the past couple of years and very few supporters on Twitter believe that this latest rumour is genuine:

We’re linked to this guy every 2 weeks

No Please we don’t want him

WHY ARE WE ALWAYS LINKED TO HIM

We need Haaland ffs not this guy

he is not better than our academy rb.

There may be some truth in manager Pep Guardiola being a fan of the player, after having given Roberto his senior debut, but he isn’t exactly someone that the Citizens desperately need.

The Spanish international is now 29 years of age and, while he is a competent midfielder, he would hardly merit a starting spot for City. He can also play at right-back but the Premier League champions are well covered in that position with both Kyle Walker and Joao Cancelo in the squad.