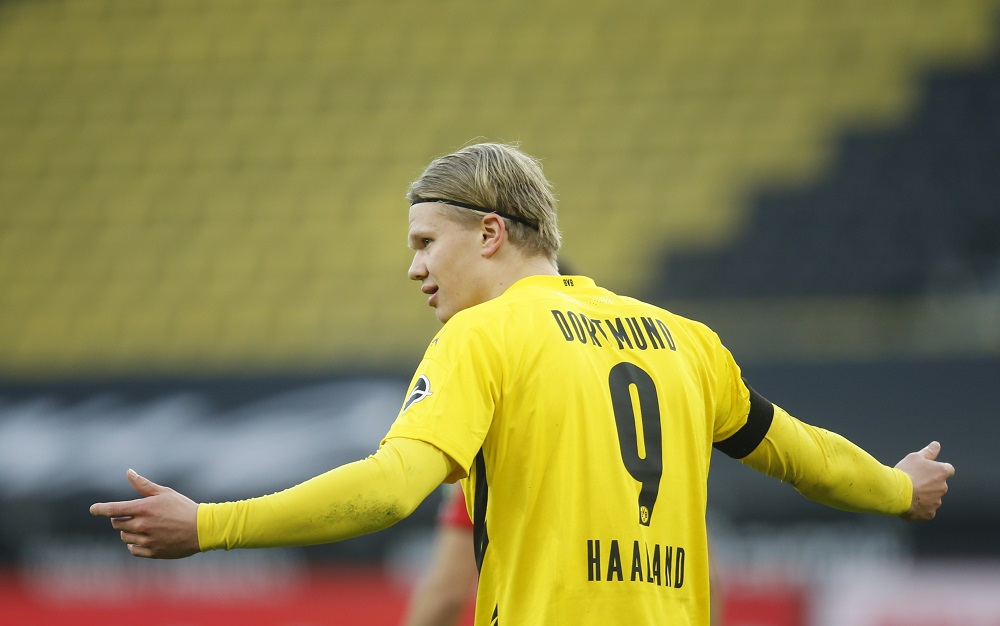 There is a 90% chance of Erling Haaland leaving Borussia Dortmund at the end of the season, according to Sky Sport Deutschland reporter Max Bielefeld.

The German journalist claims Dortmund would like to keep Haaland for another year, doubling his salary and delaying his €75m (£63m) release clause but he says Manchester City and Paris Saint-Germain are favourites to snap him up:

🇩🇪 Borussia Dortmund is working hard to keep Erling Haaland until summer 2023 by doubling his salary + the release clause kicking in 2023 rather than 2022.

👀 But there is a 90% chance he will leave next summer, with Man City and PSG leading the race.

Supporters on Twitter are happy that Haaland is expected to move next summer, although they can’t understand why PSG would be an attractive destination:

Did someone say release clause? pic.twitter.com/LohR8lywab

Why would you go to PSG? It could only be money.

if this was career mode:*Financial Takeover* , Spend 400m just to sign him.

From what Bielefeld is saying, it does appear that City are the leading English club in the race for Haaland’s signature, with neither Manchester United nor Chelsea being mentioned.

The Citizens are still in the market for a new number nine, after failing to sign Harry Kane, so we shall see if they do make a formal offer for Haaland when the campaign is over.