‘Good Decision’ ‘Thank God!’ ‘His Agent Trying To Use Our Name’ Fans React As City’s Interest In Arsenal Star Is Refuted 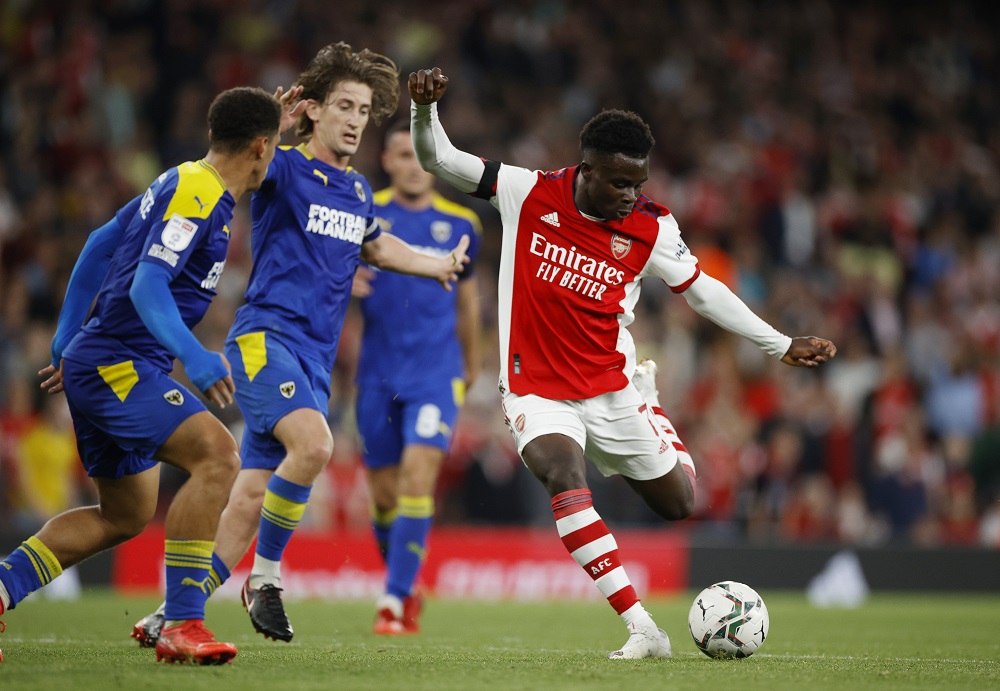 It has been suggested in recent days that the Premier League champions were preparing to step up their plans to sign the England international.

However, after it emerged that City won’t be pursuing Saka, the majority of supporters on Twitter greeted the news with a great deal of relief:

His agent trying use our name for contract extension uno

Good he is mid

City attacking depth is insane already. There’s no need to buy him

I doubt they were that clueless to consider him.

Palmer much better player anyway, no need for Saka

Some fans are being slightly harsh in terms of Saka’s ability. He has shown himself to be a very capable player for the Gunners over the past few seasons.

Saying that, though, City hardly have room for another winger in the squad. Even if there are one or two departures in the frontline this summer, the club are already bringing in the likes of Erling Haaland and Julian Alvarez to strengthen the team’s forward options.

As some have pointed out, it does appear as if Saka’s agent may be using links to the likes of City and Liverpool in order to get a better contract for his client at Arsenal.