‘HELL NO!’ ‘Please No, Don’t Do This To Us’ ‘That Man Cannot Pass A Ball’ Fans React As City Start Scouting Arsenal Star 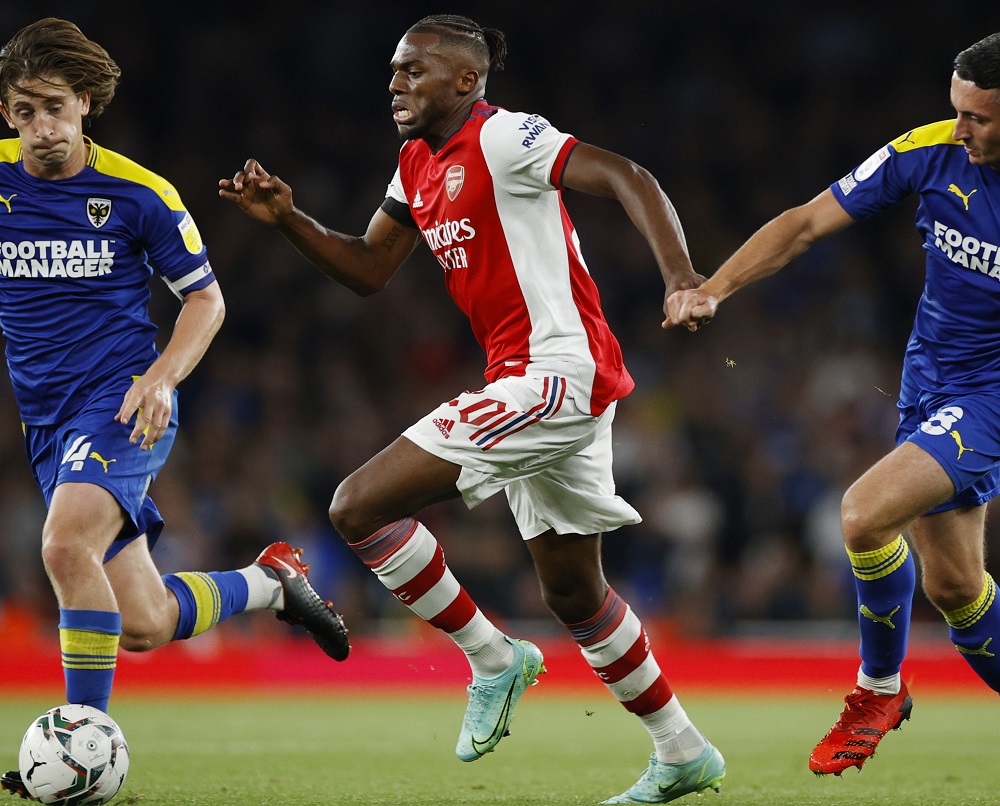 Manchester City have been keeping tabs on Arsenal fullback Nuno Tavares, according to reports in the English media.

The Citizens are keen on strengthening their squad, specifically on the left-hand side of defence. Oleksandr Zinchenko is the club’s only real option other than Joao Cancelo, who is also needed for the right flank.

While Tavares has made an impression since he moved to the Emirates in the summer, fans on Twitter don’t believe he has the ability to play for City:

HELL NO! He was the cause of Everton won against Arsenal

Please no🥺dont do this to us😂

That man cannot pass a ball, watch him against Liverpool. He single handed gave away 2 goals.. i’m not even sure why he’s a footballer

Don’t rate him at all tbh…

Stay away from him please…he is left footed wan Bissaka

It would be a surprise if Tavares was being seriously considered as a transfer target at the moment. He only arrived from Benfica a few months ago and he hasn’t exactly been faultless in terms of his performances.

The Gunners would probably demand a lot more than the £8m they paid for the 21-year-old back in July too so, while he might be a player of interest, there are certainly better options out there on the market.

Virüslü
‘HELL NO!’ ‘Please No, Don’t Do This To Us’ ‘That Man Cannot Pass A Ball’ Fans React As City Start Scouting Arsenal Star
# Arsenal # Manchester City # nuno tavares