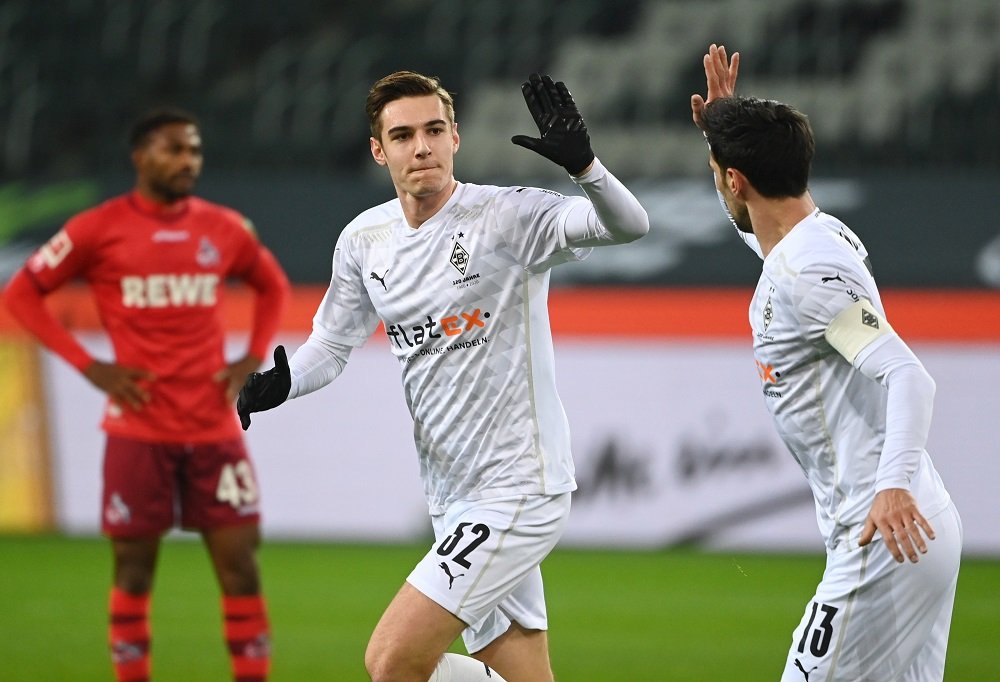 Borussia Monchengladbach midfielder Florian Neuhaus has played down speculation that he could leave the Bundesliga club at the end of the season.

Reports in Germany in recent weeks have claimed that both Manchester City and Liverpool are keeping tabs on the 23-year-old and, while he says he doesn’t know what the future holds for him, he is in no rush to leave Gladbach:

“I have a contract until 2024 and I have very big goals for this season. That’s what I’m concentrating on now. [Transfer talk] is really not a big issue for me now. I play at Borussia, I have a contract, and we as a club are still pursuing very big goals this season. I can’t say what will happen in the summer at the moment. I’m also very relaxed about the future. Borussia is a club where I was able to develop excellently and where everything is there. I know what I have with Borussia.”

City are believed to be targeting a midfielder in the summer, but it remains to be seen whether Neuhaus is near the top of their list of options.

The German international reportedly has a €40m (£34.6m) release clause which may tempt the Citizens into making a move for the player.

Neuhaus has been in good form so far this campaign, having scored six goals and contributed six assists in 30 appearances for Gladbach. He is a technically gifted player as well, which may also have attracted City’s scouts into taking a look at him.