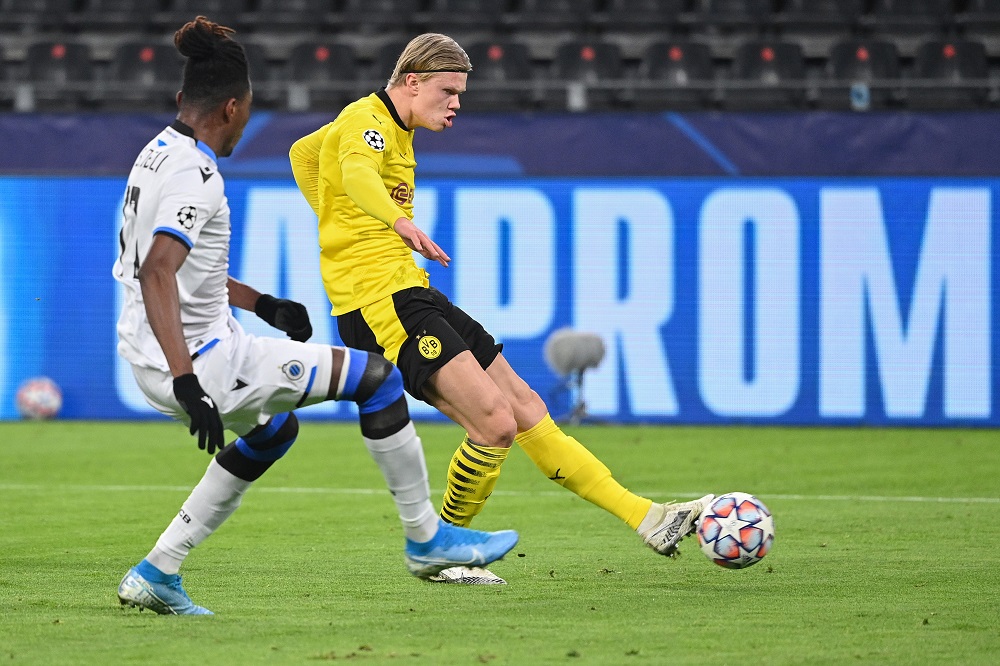 Manchester City are the clear favourites to sign Erling Haaland if he doesn’t sign a new contract with Borussia Dortmund, according to Sky Deutschland’s Max Bielefeld.

The TV network’s transfer expert believes that the Citizens are one of the few teams that could realistically afford to snap up the Norwegian international:

“City is the hottest candidate for me. They are looking for a striker next summer and have not gotten Harry Kane. The necessary change would also be there.”

However, despite Haaland having a €75m (£63m) release clause, wages and agent fees may lead to the total cost of the deal spiralling to around €315m (£265m).

Chelsea or Manchester United are not deemed to be rivals for Haaland’s signature, as they don’t have space for another striker, while Liverpool’s interest is not known currently.

Paris Saint-Germain would be a legitimate competitor, if they lose Kylian Mbappe to Real Madrid, but the Citizens remain the likeliest destination for the 21-year-old.

Haaland is currently sidelined with a hip injury, but he has still managed to score 13 goals in just 10 appearances so far this campaign.