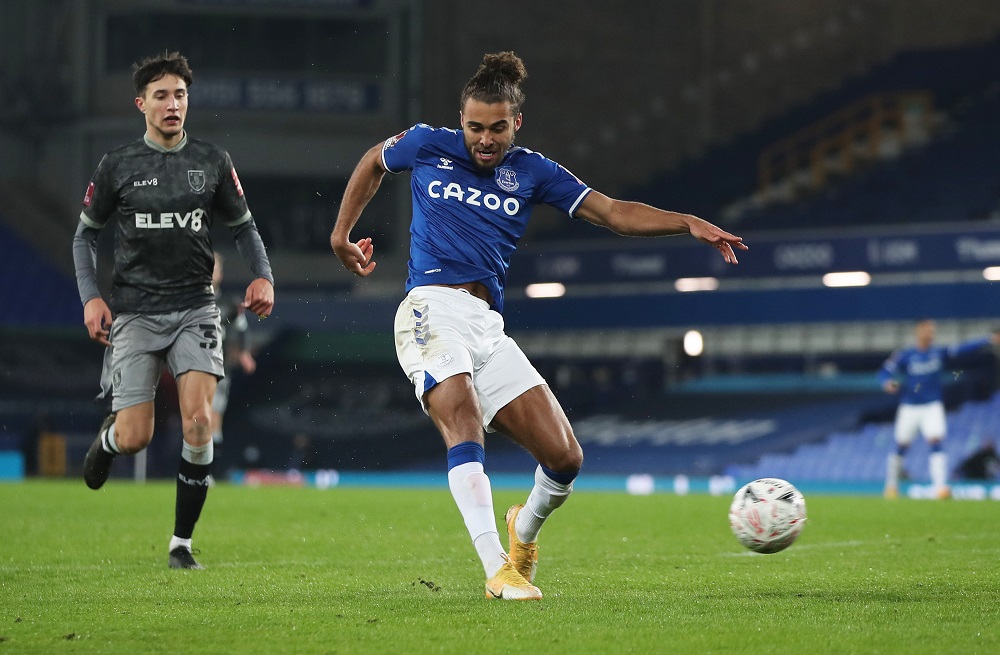 Manchester City are among the clubs keeping tabs on Everton striker Dominic Calvert-Lewin, according to reports in the English media.

The Citizens are thought to be one of four Premier League teams who are interested in the England international, along with Manchester United, Arsenal and Newcastle.

Calvert-Lewin did score 21 goals in all competitions for Everton last season, while he has three in three appearances this campaign, but the majority of fans on Twitter don’t think he would be a good fit for City:

Has breadsticks for legs

he’s had a decent months or so but he’s not good enough & doubt Everton would sell him anyway.

would be a downgrade from the false 9

Clinical Haaland is the answer not this average striker

Give us the Norwegian

OI NO, HAALAND OR NOTHING

We don’t need him he will never fit

It is fair to say that most supporters would be underwhelmed if Calvert-Lewin did make the move to the Etihad Stadium, especially with Borussia Dortmund striker Erling Haaland available on the transfer market next summer.

The big issue with signing the Norwegian, though, is the cost of the transfer (not only in terms of the fee but wages too). Calvert-Lewin could be seen as a cheaper alternative.