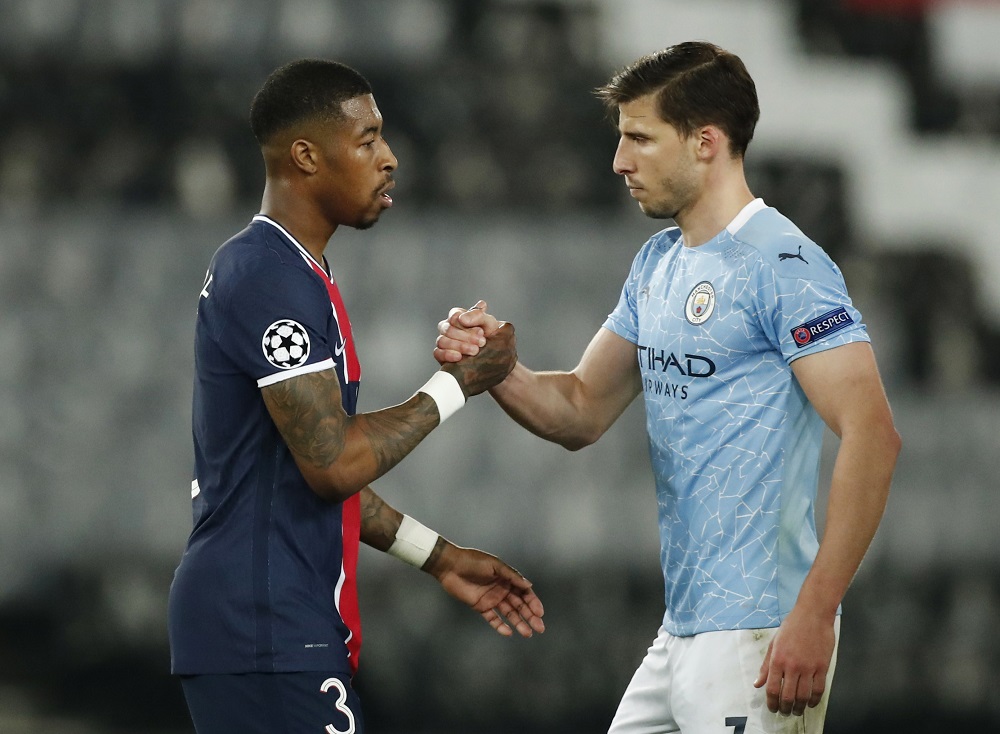 Ex-Manchester City defender Joleon Lescott claims his former club now have the four best center-backs in the history of the Premier League.

Nathan Ake got on the scoresheet against Leeds at the weekend, and the Dutchman’s recent performances have been praised by many observers. The strengths of Ruben Dias and Aymeric Laporte are widely known, while John Stones has also developed into a consistent player under the management of Pep Guardiola. Lescott feels there is enough evidence to say the four players are the complete package:

“City have the four strongest centre-halves I’ve seen in the history of the Premier League. It might not [be] the strongest partnership – you could argue for example that Nemanja Vidic and Rio Ferdinand were the best – but if one of them was out then it wasn’t the same. If (Virgil) Van Dijk is out of Liverpool’s side it’s not the same either and I think showed last season, but if any one of our players is out, it doesn’t matter. That is credit to the system and recruitment. I don’t think there’s been a better four centre-backs in one squad.”

It’s a contentious point made by Lescott. Manchester United have had their fair share of strong defenders, although it may be right to say they’ve never had four world-class centre-backs

Arsenal again, had some great players, including Tony Adams, Sol Campbell, Martin Keown and Steve Bould but, again, all four weren’t at the Gunners at the same time (Bould left in 1999 and Campbell joined in 2001).

Chelsea did go through a period where they were formidable defensively (with the likes of John Terry, Ricardo Carvalho and William Gallas) in the mid to late 00s but, they still relied on the likes of Rober Huth in reserve. For that reason, then, you could make a case for City’s current foursome to be the best collectively.