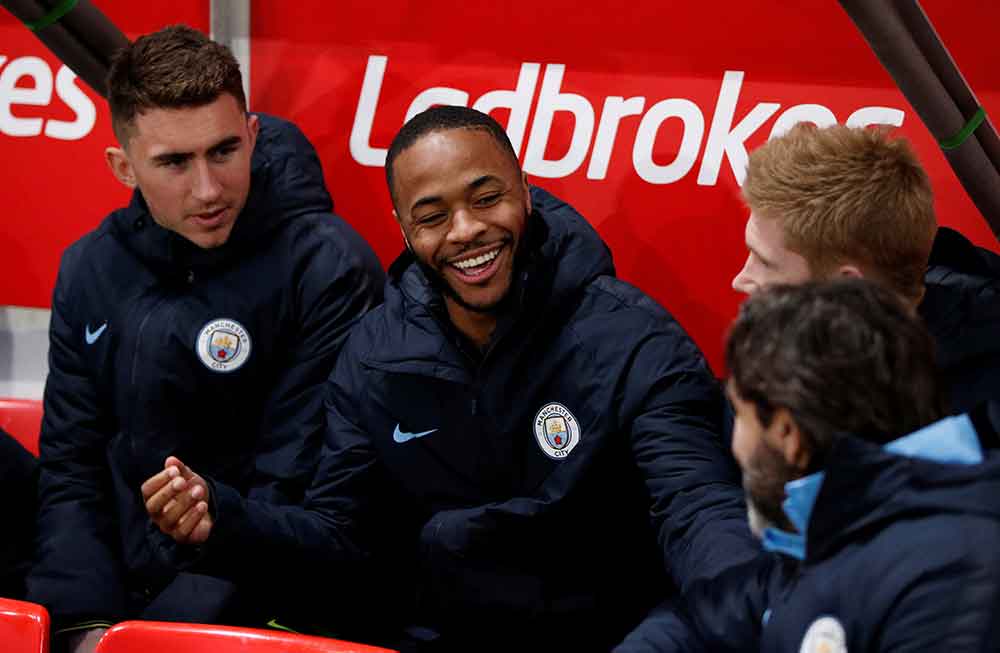 Manchester City winger Raheem Sterling has said the Citizens won’t get ahead of themselves after his team moved top of the table following their 3-1 win over Watford on Saturday.

Chelsea lost to West Ham earlier in the day, while Liverpool had moved above City briefly following their last gasp win over Wolves, but City’s comfortable victory at Vicarage Road ensured they ended the weekend in first place. Sterling says they are not concentrating on the Premier League standings:

“It’s always nice to be top, but we need to keep focused and one game at a time. It’s a very difficult ground to come to, got the win and focus onto the next one. Not really focused on, you can’t really focus on if you’ve gone top, gone second at the moment all you can do is prepare for the game coming in three days, it comes thick and fast here, that’s all we’ll keep doing.”

With City having finished top of their Champions League group, they can afford to rest some of their players versus RB Leipzig tomorrow night, ahead of their next league match against Wolves on Saturday.

Bruno Lage’s side showed against Liverpool they are a tough nut to crack and, with Pep Guardiola’s side having lost to Crystal Palace and drawn with Southampton at the Etihad this season, there will be no room for complacency this weekend.