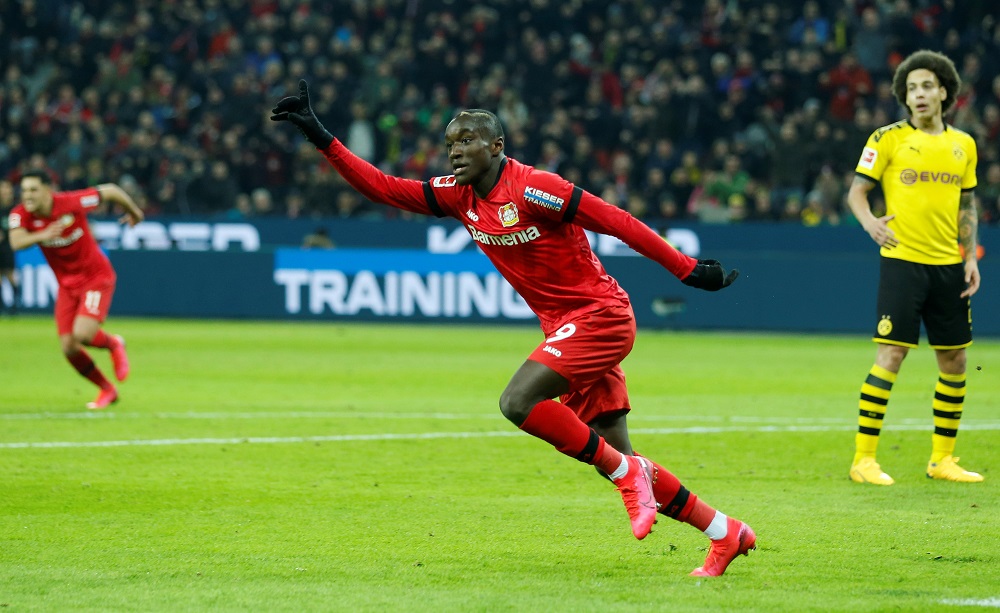 Bayer Leverkusen winger Moussa Diaby has responded to speculation that he could move to the Premier League this summer.

Manchester United, Newcastle, Arsenal and West Ham have all been credited with an interest in the Frenchman and, asked about the rumours on international duty, Diaby said he was flattered by the links:

“It’s nice to hear my name being linked to big clubs, but I’m focused on getting together to do good things here [with France]. Then we will see what happens but, right now, I’m not thinking about it too much.”

Diaby had an excellent season for Leverkusen, scoring 17 goals and providing 14 assists in 42 appearances for the Bundesliga club.

He generally plays as a conventional winger off the left-hand side but, as he is left-footed, he could well be an option if United boss Erik ten Hag is looking to strengthen the right flank.

Diaby won’t be sold on the cheap by Leverkusen, though, with his asking price believed to be €75m (£64m). With Newcastle circling and having a significant transfer budget, it does appear as though the Magpies are the favourites to snap up the France international at the moment.