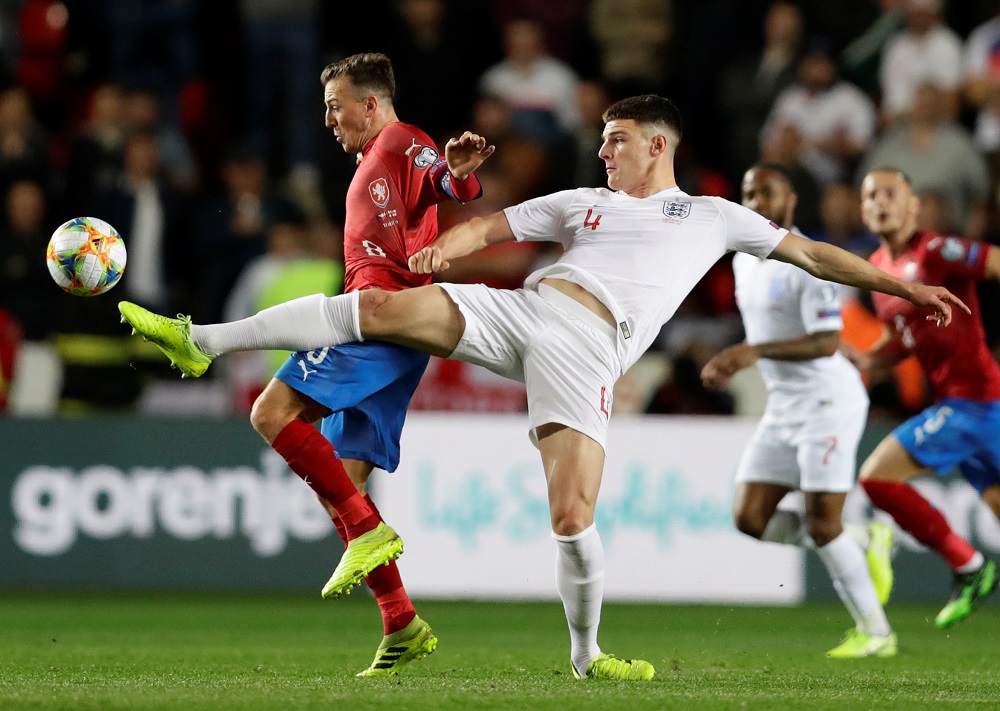 Manchester United are seeking out cheaper alternatives to West Ham midfielder Declan Rice, according to reports in the English media.

It is believed the Hammers would demand in excess of £80m for the England international, and it seems as though the Red Devils are not prepared to go that high in their attempts to secure his signature this summer.

Fans on Twitter are mostly in agreement that Rice would cost too much and they are hoping that the club do look at other targets who would be better value for money:

Hell no , another over hyped English player

Bissouma is really underrated. Haidara of Leipzig too. Those are better than Rice. Tired of all these Over hyped players.

Man English players are overhyped and overrated. Man utd falls for it many time. Maguire £80M,, AWB £50M when they cost only half in price and talent. Rice at £80-100! Neves £35M? Not fans money but pain at the pitch once expectations are not matched.

Generally never worth spending that amount of money on a player. How many signings of 80 mil or more have actually been worth it

For £80m you could almost get Neves & Tielemans, which would probably be way better for squad depth & more essential if PP leaves.

Rice is a great player but that’s way too much for him. There are plenty of foreign options that are better. Frank Kessié is a free agent end of season and he’s brilliant.

If Manutd actually pay such fee for rice, then I know the club is totally finished….except if it’s 3-4 installments…even at that, it’s a Ay too steep when there are better players for less price

Tchouameni is there for less

Rice is only 23 years of age and he does have massive potential. However, while United do desperately need to improve their options in the middle of the park, there are other targets they could consider.

The likes of Monaco’s Aurelien Tchoaumeni, Wolves’ Ruben Neves, Brighton’s Yves Bissouma, Leicester duo Wilfried Ndidi and Youri Tielemans, as well as RB Leipzig’s Amadou Haidara and Marseille’s Boubacar Kamara, could all be signed for much lower fees. United would arguably be better off leaving Rice to Chelsea or Manchester City.