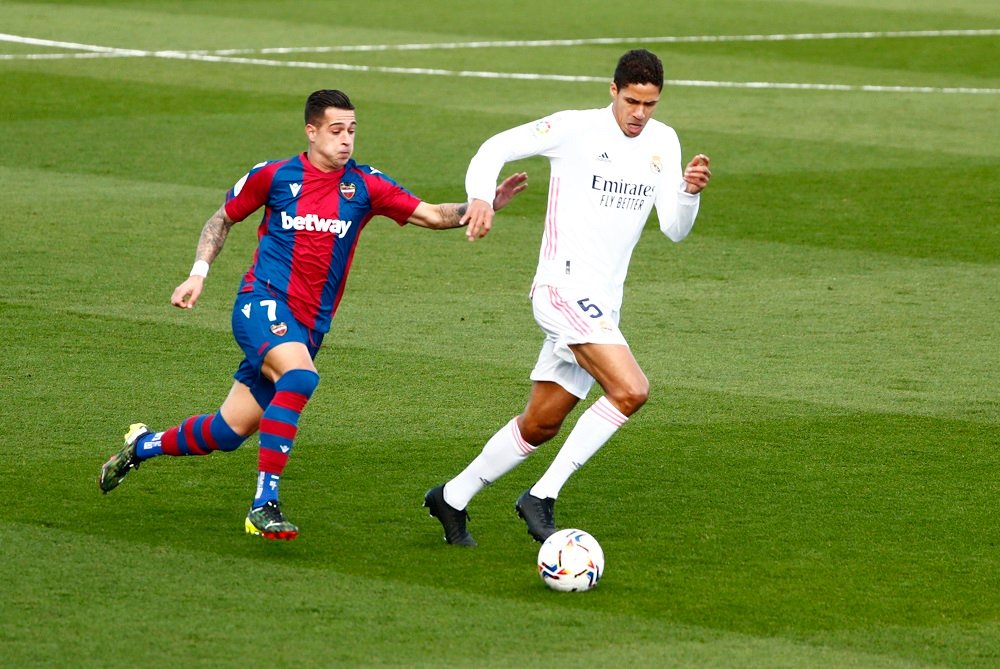 Manchester United are said to be close to agreeing a deal to sign Real Madrid’s Raphael Varane with reports in Spain claiming that the Red Devils will only pay slightly above €50m (£43m) for the defender.

It has led to a number of fans on Twitter comparing the potential transfer with Arsenal’s £50m move for Brighton’s Ben White, with many claiming United have got the much better deal:

Tears in my eyes

But according to Gooners White is a 2-1 player as he does so many things, including the dishes and taking the bins out lmao???????

There are levels to everything

But ben white is better cause premier league experience pic.twitter.com/5T9HRgnVCO

Who rashy left on the ground twice in 10 sec

Arsenal fans will tell you they have the better deal tho…

To be fair, there are a lot of different factors which means it isn’t really a fair comparison. Varane has one year left on his contract and has asked to leave the Bernabeu so he was always going to be available for a lower price.

White is also five years younger and the Gunners are taking a risk on the player, hoping he realises his potential. On balance, you would still have to say United would be getting better value for money, but it is not as straightforward as some would have you believe.